TheWingedFork » Travel » Chiang Mai: Travelling to the Gem of the North

“Not going to Bangkok or Pattaya? Not even Krabi or Koh Samui? Are you Serious? But that’s where all our Indian brethren always go!” Our friends had a bit of a puzzled expression on their face when we announced we were off to Chiang Mai. My response was a slight grimace, followed by a long sigh.

Had we chosen the right destination to spend our Diwali holidays by picking “Chiang Mai”, a supposedly picturesque city in Northern Thailand? My wife and I usually like to pick a city or a country if it ticks our 4 main checkboxes. The 4 in no particular order are: pretty place, great food, interesting things to do, and the possibility of renting a car or motorcycle that allows us to explore the area on our own whims and fancies. And after getting the best travel insurance for Thailand, we were soon on our way. And boy, were we glad we chose this northern Gem!

Chiang Mai is also the hub of elephant conservation experiences in Thailand. If you’re looking to volunteer at one, do your research and pick one of the many ethical non-riding Chiang Mai elephant sanctuaries around.

On another note, we also read more about Thailand in this awesome post on South East Asia by Mary from AMaryRoad. You should check out her post when you have the time!

Chiang Mai and the Dada Cafe

We checked into the modestly priced, but excellent Holiday Inn, and laid our luggage down. A few splashing sounds from the bathroom and sips of tea later, we ran off to collect our Motorcycle from Tony’s Big Bikes, in the city Centre. “Which of our steeds may we present you with today, Sir?”, a crisp British accent greeted us at the doorway of Tony’s. With a few signatures and some essential paperwork out of the way, we left with a shiny retro looking Honda VRL 400 cruiser, 2 helmets, some wise words from Tony and a large grin on our faces.

Take in the town like a local on your next travel adventure!
Explore the world with Take Walks!

It’s quite easy to ride around Thailand or most of South East Asia in a tuk tuk. Here is my post from my friend Bailey on safety tips in a tuk tuk.

As we carefully rode into the heritage precinct, we instantly fell in love with the city. Chiang Mai is an eclectic blend of cute café’s, gorgeous heritage structures from the Lanna Era of Thailand, and a sylvan canal like moat which surrounds the city centre. Weary from our journey, we pulled in to a small organic café called “The Dada Kafé” for a quick bite. It was one of the most memorable meals of the trip, serving some of the best Thai food dishes.

We enjoyed some scrumptious burgers and omelettes, a crunchy salad, which looked so fresh as if it had just been plucked out of the garden a minute ago, and all this washed down by a large delicious blueberry milkshake which was bursting with so much goodness that it restored our faith in humanity.

The next day, we pottered around the city stopping wherever we saw something interesting. Riding was a joy due to the good roads, minimal traffic, and friendly locals. After a great dinner at a riverside restaurant which had a funky live band playing, we turned in early to be fresh and ready for an early start for our ride to Doi Inthanon the following day.

After a satisfying early breakfast, we filled up the tank to the brim and set off for the Nature Reserve on the top of Thailand’s Highest Mountain, Doi Inthanon. Once we started cruising on the mountains, we were stunned by the beauty of the verdant rainforest, the lush greenery and amazing waterfalls that were everywhere.

This was a great day trip, with a picture perfect serene café on the peak that we reached by afternoon. Great views, a chap playing an acoustic guitar and the crisp mountain air created an unforgettable ambience. Our pristine surrounding were truly nature at its finest! After a fab time here, our descent was slow due to a heavy fog and the cold winds hitting our face on the motorcycle. Once the fog opened up, and we hit the highway it was triple digits all the way back to our hotel.

The following day, we rode an hour into the rainforest, to eat lunch at one of the most beautifully located cafés that we had ever been to, called Palaad Tawanron. It was located beneath a huge waterfall, with giant trees on one side, and a river on the other side.

The well-maintained Chiang Mai zoo, totally value for money massages, and some other amazing restaurants and sights clinched this trip as one of our all time faves. If anyone asks us today, we would always be ready at the drop of a hat to head back to this amazing gem of Northern Thailand, Chiang Mai.

Take this Market Tour followed by a cooking class at the popular Galangal Cooking Studio in Chiang Mai!

Vikram Adani lives and works in Mumbai, selling Tees and Tops online for a living. He loves good food, travelling on path less travelled, and is musically inclined to Heavy Metal and other soothing genres. He also loves his ‘nifty fifty’ manual focus Prime 50 mm lens along with a recently acquired 70-300 zoom.

His other interests include typography, classical Piano and Motorcycles. His favourite road trips include The Garden Route in South Africa, Glasgow to The Orkney Islands in the Highlands, and Brisbane to Sydney in Australia.

5 thoughts on “Chiang Mai: Travelling to the Gem of the North” 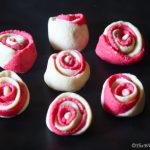 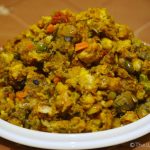