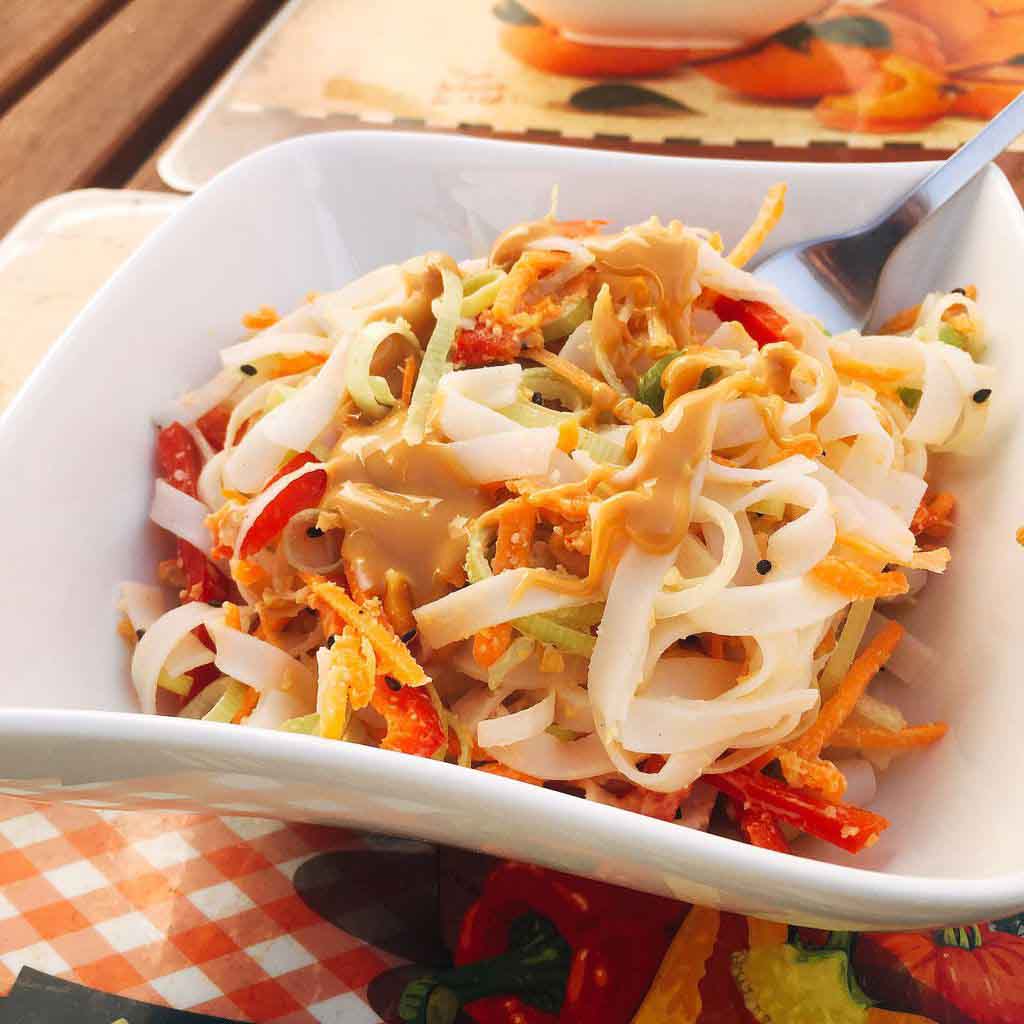 Pad Thai is the national dish of Thailand, and there are few dishes more popular or more ubiquitous than this one in the Land of Smiles. The name of the dish itself even indicates how closely it is associated with Thai identity. The word “pad” just means “fried” and can be used to refer to any kind of stir-fry dish, so this is a Thai stir-fry.

Surprisingly though, pad Thai it’s not a centuries-old tradition, but rather a relatively recent creation that was invented in the 1930s. Prime minister Plaek Phibunsongkhram spearheaded a major campaign to modernize the country while also promoting Thai nationalism and minimizing Chinese influence. Perhaps he felt the need to add the word “Thai” to the name since stir-fried noodles are essentially a Chinese dish in origin.

In any case, the campaign worked, and pad Thai became popular throughout the country. You’ll see it served at restaurants but also at street food carts everywhere you go. It’s quick and easy to prepare, which is probably why it’s been such a big hit with street food vendors.

One of my first memories of Thailand is arriving jet-lagged off an overnight flight and ending up on the popular backpacker hangout that is Khao San Road. The entire street seemed to be lined with pad Thai vendors, and their rock-bottom prices were irresistible for the broke backpacker I was back then. But not only was pad Thai cheap, it was also delicious!

Made from a base of rice noodles, these are sautéed together with eggs, tofu, garlic, chili pepper and shallots. Lime juice, crushed peanuts and mung bean sprouts are also commonly used as toppings to round out the flavor profile. Various kinds of meat or seafood can also be added, but since meatless was cheaper that was usually how I ordered it, and since becoming vegan five years ago I obviously stick to just the tofu now. Vegans in Thailand just need to remember to ask for no egg when ordering pad Thai.

In addition to gorging on the dirt-cheap street food version of the dish, I would sometimes splash out and order pad Thai at a restaurant that had actual tables and chairs but was still budget-friendly. My favorite restaurant in all of Thailand was and still is May Kaidee’s. A friend who had lived in Bangkok recommended that I visit this hole-in-the-wall vegetarian restaurant just off of Khao San Road.

Or at least, it was just a hole in the wall when my husband and I first visited back in 2007. Since then it has exploded in popularity, and it’s expanded to multiple locations in Bangkok, Chiang Mai and even New York! We were lucky enough to meet Mai Kaidee herself on that first visit, and she autographed the cookbook that we bought from her. We still have that book today, and my husband still uses it as the basis for his own pad Thai recipe, which is a perennial favorite in our house.

About the Author Wendy

Wendy Werneth is an intrepid traveler, vegan foodie and polyglot who has visited more than 100 countries. She’s the creator of The Nomadic Vegan, where she uncovers vegan treasures in the most unlikely places and shows you how you can be vegan anywhere. Follow her on Instagram for more food and travel inspiration.