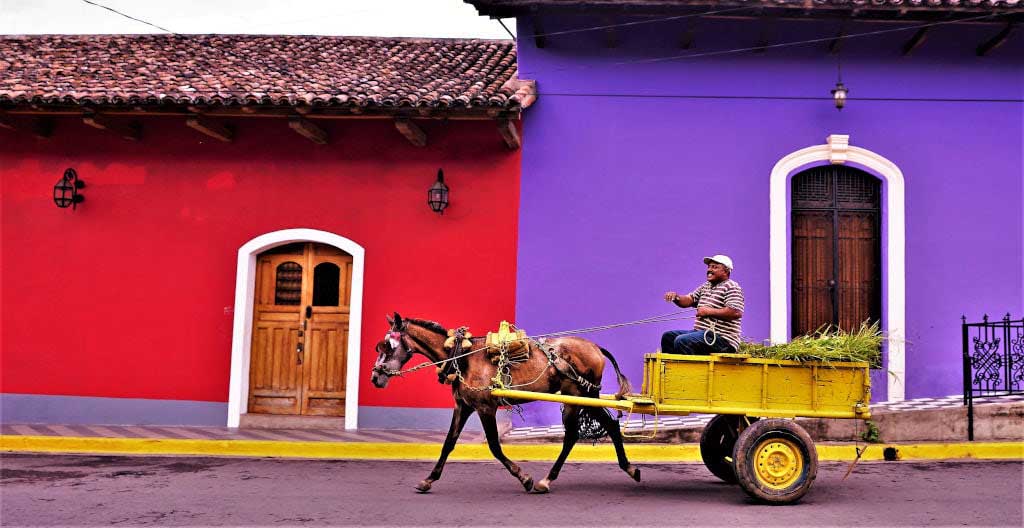 Once only visited by adventure seekers and historians, Nicaragua has now made its mark on the tourist map. With beautiful coastlines on both sides and 19 volcanoes to visit, a trip to Nicaragua will have you wishing you could stay longer. We can tell from experience that Nicaragua is perfect for family travel, and is the perfect place to visit ruins and churches, or go volcano hiking, scuba diving, exploring nature reserves and more. If you want to plan a family trip to Nicaragua, these were our favorite things to do in Nicaragua with kids.

Arribada: The Road to Freedom at Playa La Flor

With their usual lack of alacrity, and with considerable effort, inch by inch, they lurched forward. The winter sun had faded behind the blue arc of the horizon, but the waves came crashing in, one after another, just as they have for billions of years. As the hatchlings neared the water’s edge, some got swept back on to the beach, with only the more resilient ones hanging on to the first wave which carried them out to the open ocean. For the rest of the stranded ones, the slow amble started anew, until they crawled back through the damp sand with a speed that was too painfully slow to watch. A version of this process repeated itself, with more hatchlings getting swept away by the ocean currents, leaving behind their two-month-old birthplace. In the next hundred years, many of them were to return to the same beach again and again, their superpower aligning with the Earth’s magnetic field to help them navigate to the exact beach, as they continue their role as just another cog in this unending circle of life. Theirs was a spectacular tale of survival and wonderment, and we were just five incredibly fortunate humans giving them a chance to do so in their own terms. This was arribada!

Yes, we were in a secluded beach in Nicaragua, one of only a handful of spots in Central America that serve as a wildlife refuge and egg-laying ground for the endangered Olive Ridley, Green Sea, as well as Leatherback turtles, the extravaganza that’s known as arribada in Spanish. The place was remote, getting here was tricky, but we were lucky to get here in our rented car; we were also extraordinarily fortunate to have reached the sanctuary minutes before the singular event was about to take place.

Refugio de Vida Silvestre La Flor – sometimes just known as ‘Playa La Flor’ – is a mere 10 miles south of San Juan del Sur but is deftly hidden in a manner that many tourists aren’t even aware of its existence. Of course, all this is good news for Mother Nature and the turtle hatchlings.

Earlier, our kids had carried baskets of them – hundreds of hatchlings – along the short walk from the refuge to the shore, where they gently emptied the baskets on the sand to let them embark on their epic journey. As overzealous nature and animal lovers, we knew that this was the best and most unique experience yet in our forays in Nicaragua.

Beware those Lava Lakes at masaya

Of course, if you asked us the day before, we’d have told you how catching sight of the red lava boiling inside the fiery cauldron of a volcano, the crackling sound, the smell of the burning sulfur, were all the pinnacle of our experience. But then Nicaragua has so much to offer for intrepid travelers that it’s hopeless to narrow down all of its highlights.

Admit it, while anytime you get to view the guts of an active volcano would be an auspicious moment, nothing can beat the simple cool factor associated with it. During our years of travel spanning across six continents we’ve been privy to belching volcanoes in other countries. But to look at the bubbling caldera, we had to take a peek inside the underbelly of the Masaya Volcano.

Since Nicaragua is best enjoyed in a self-driven car, get here early to join the growing line of cars which starts at the base of the mountain. When the first car is summoned up the sides by the angry fire god of Masaya, night has already fallen. Once you reach the summit, you’re given just a few minutes to walk over and peek inside the crater, so it would be wise to make use of the limited time to capture those memories on your camera. Before you know it, park rangers will show you the exit, and you’re on your merry way. And if you feel rushed on top of Masaya, soothe yourself knowing that there are more surprises coming your way.

The iconic Mombacho Volcano stands sentinel nearby, and you cannot miss its cloud-shrouded peak visible even from the city. This one hasn’t erupted in a few hundred years, and this time, you have the opportunity to go ziplining right above the volcano crater.

A family adventure to Nicaragua will be one you’ll remember for the rest of your life. The country is no less powerful and picturesque as the neighbors like Costa Rica with which it shares its borders. But unlike them, it’s far more affordable and much less explored. It has active volcanoes, white sand beaches, bizarre lakes, romantic islands, and safe, colorful colonial streets brimming with folks who are dying to please you with their unrelenting hospitality.

GeoBeetles is a family of five living in the gorgeous Grand Canyon State of Arizona. They have among them photographers, artists, and scientists, so are able to view the world from many different perspectives, seeking out rare and endangered wildlife, vanishing tribes, and far-flung natural wonders. Traveling with their children while working full-time, their goal is to visit every country on the planet. They consistently capture artful images on land, in water, as well as drone footage from the sky. Their travel stories can be found at GeoBeetles. Find them on Facebook, Instagram, Twitter and Pinterest at GeoBeetles.