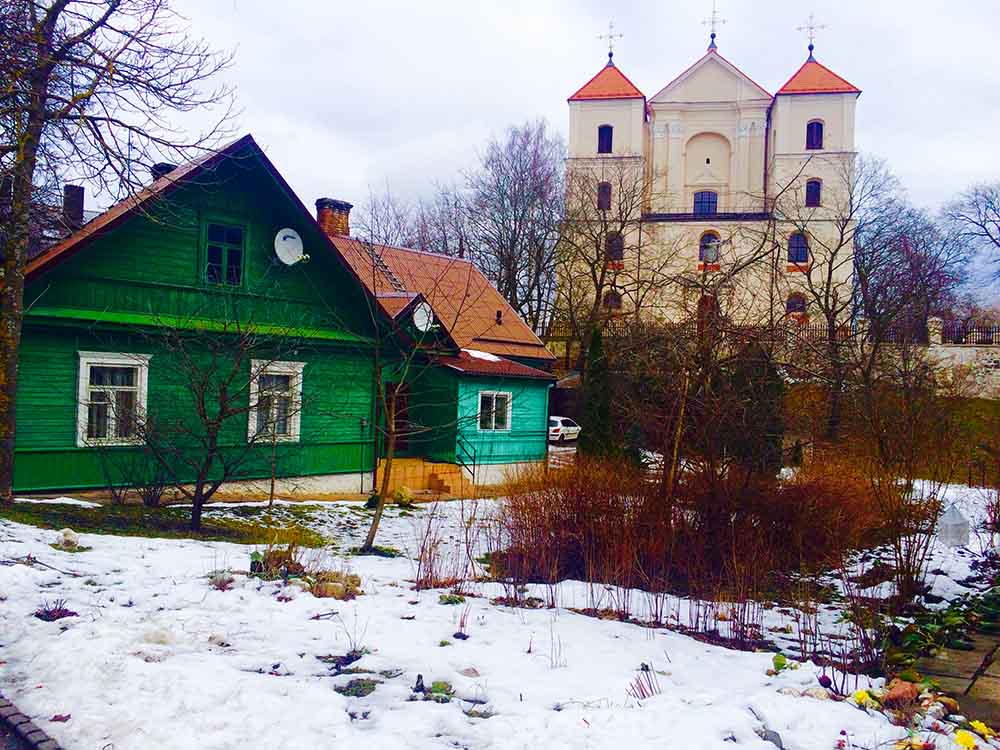 Vilnius is not the most likely or well known city at the top of most peoples Europe bucket lists. I must admit, I knew next to nothing about it and had never considered it as my next destination before I met Dov. I met Dov when we were both backpacking in Cambodia, and ended up at the same hostel in Siem Reap. Once we both arrived back in Europe, we stayed in touch, and he offered to host me in his hometown of Vilnius. I had no idea what to expect, but as always, went with an open mind and was pleasantly surprised.

Lithuania actually has a rather rich and intriguing history, long before the soviets came in and bulldozed half the city to turn into ugly high rise apartments. Lithuania was one of the last Pagan countries in Europe, small fragments of which can still be seen today. During the 14th Century, Lithuania was in fact one of the powerhouses of Europe, with the Grand Duchy of Lithuania stretching across modern day Belarus and Ukraine, and well as parts of Poland and Russia.

History aside, modern day Lithuania has a lot to offer, particularly it’s capital city of Vilnius. If you head away from the old Soviet buildings and towards the old town, that was thankfully preserved, you’ll find all sorts of things that will intrigue you.

Translated as “The Other Side Of The River”, the old town considers itself almost a small republic, one set apart from the rest of the city and filled with art, creativity, and history. It was once the home to struggling Bohemian artists and is often likened to Montmartre in Paris.

For an extra touch of magic, explore just after sun down. If you love street art and quirky bars, then Vilnius old town is the perfect place for you.

The old town also houses a spectacular Gothic church, if you’re a lover of architecture.

Quirky spots are dotted all over Vilnius Old Town, like cosy tea rooms with teapots jutting from the walls.

There are several underground restaurants in Vilnius, where you can sit in a cosy atmosphere, drink local craft beer, and sample the food of Lithuania. From the famous didžkukuliai or “zepellinis”, stuffed boiled potatoes with meat or cottage cheese.

The TV Tower above the city, whilst in great need of a major interior update (did I just step back in time to the 1980’s?) gives you a wonderful panoramic view of the city. The rotating cafe gives you the chance to see Vilnius from all angles, whilst sipping a coffee and nibbling on snacks.

Another reason that I loved Vilnius so much, was because I learnt so much there. So many things that I didn’t really know anything about before, from the Soviet occupation to how it once stood in Europe. Visit the haunting KGB museum in Vilnius for a poignant experience.

Vilnius is home to one of the oldest universities in Europe, and it is truly a beautiful and historic spot in the city to visit.

It houses the most beautiful library I have ever seen, with a ceiling mural that depicts professors of the university over the years.

And has the most stunning Fresco hall, inspired by Lithuania’s Pagan roots and mythology.

Above the city on a hilltop sits the remnants of a castle and keep, known as Gediminas’ Tower.

Not only are the castle ruins and the reconstructed keep beautiful, but they also allow for a stunning view of the city.

If you fancy a day trip outside of Vilnius, then hop on a train and head to the town of Trakai. Enjoy seeing the countryside flick past on your journey, then explore the small town, with its traditional wooden buildings, before visiting the castle.

During winter, the lake will be completely frozen, and sometimes you will see locals ice fishing from the surface, or kids ice skating along the banks.

To end a truly wonderful time in Lithuania, Dov took me to the Stebuklas (miracle) tile. It’s a point in the city that marks the end of the world’s longest human chain. It was part of a peaceful protest against Soviet rule, where two million people across the Baltic states joined hands, and became the longest unbroken human chain in history.

The tile is said to be magical and can grant wishes if you stand on it and spin around three times. I did this, made my wish, and after, I knelt down to take a photo. When I checked the photo later, this beautiful yet eerie green light was shining from the tile…

There’s nothing better than not knowing what to expect, and being completely blown away by a place. That was what Vilnius was like for me. I enjoyed every second there, from exploring the old town with snow still clinging to the cobbled streets, to underground restaurants and train rides to castles just outside of the city, sitting on a frozen lake. I had a truly magical time in Vilnius; so if you’re looking for somewhere unique to add to your European bucket list, then I would heartily recommend it.

Rhiannon is a professional storyteller and wanderer. She loves tattoos, motorbikes, red lipstick, good food, whiskey, and books. She’s passionate about adventure, and likes to travel to weird and wonderful places off the beaten track the most. You can follow her adventures on her blog: The Gypsy Heart Travels or on Instagram

2 thoughts on “Why you should visit Vilnius, Lithuania”

This website uses cookies to improve your experience while you navigate through the website. Out of these, the cookies that are categorized as necessary are stored on your browser as they are essential for the working of basic functionalities of the website. We also use third-party cookies that help us analyze and understand how you use this website. These cookies will be stored in your browser only with your consent. You also have the option to opt-out of these cookies. But opting out of some of these cookies may affect your browsing experience.
Necessary Always Enabled
Necessary cookies are absolutely essential for the website to function properly. This category only includes cookies that ensures basic functionalities and security features of the website. These cookies do not store any personal information.
Functional
Functional cookies help to perform certain functionalities like sharing the content of the website on social media platforms, collect feedbacks, and other third-party features.
Performance
Performance cookies are used to understand and analyze the key performance indexes of the website which helps in delivering a better user experience for the visitors.
Analytics
Analytical cookies are used to understand how visitors interact with the website. These cookies help provide information on metrics the number of visitors, bounce rate, traffic source, etc.
Advertisement
Advertisement cookies are used to provide visitors with relevant ads and marketing campaigns. These cookies track visitors across websites and collect information to provide customized ads.
Others
Other uncategorized cookies are those that are being analyzed and have not been classified into a category as yet.
SAVE & ACCEPT
367 shares