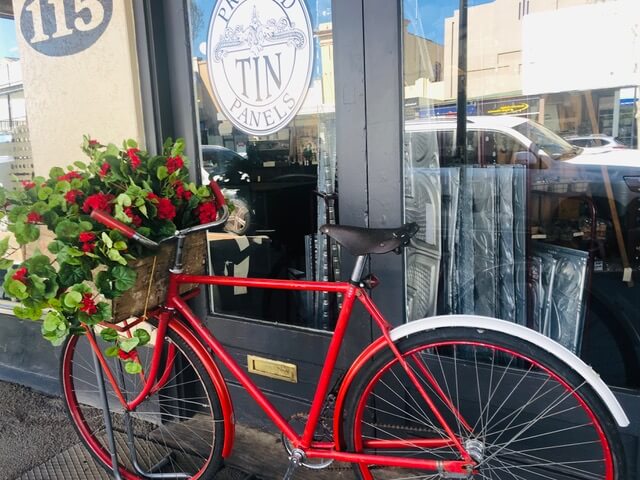 For those who have travelled to Australia and in particular Sydney and Canberra, we never think to go to rural Australian towns. Yes, sure there are plenty of things to do in Sydney but finding rural towns in New South Wales is so much more exciting with plenty to do in the sparse countryside. So here are things to do in Wagga Wagga, NSW.

Where Is Wagga Wagga?

Wagga Wagga is known as the “City of Good Sports” because many of Australia’s sporting royalty come from Wagga Wagga.
It is NSW’s largest inland city with over 64,000 residence. It is one of the fastest-growing inland cities in Australia, and it is an important agricultural, military, and transport hub.

How did Wagga Wagga get its name? And what does it mean?

The name ‘Wagga’ comes from the local Wiradjuri Aboriginal language. The word ‘Wagga’ means ‘crow’ and to create the plural, you are to repeat the word. Hence, the word Wagga Wagga means ‘the place of many crows’.

The song “along the road to Gundagai” an Australian folk song written by Jack O’hagan back in 1922, talks about the stretch of the Murrumbidgee River to Gundagai. Every Australian has grown up with the song and studied it in school.

How to get to Wagga Wagga

By bus
Sydney to Wagga Wagga – Firefly gets you there cheaply, but it is a long journey stopping in Gundagai on the way. Otherwise, you can choose Murray coaches and go via Canberra.

Canberra to Wagga Wagga – You can catch a bus from Canberra Civic Coach Stop. It will take approximately 3 hours.

Canberra to Wagga Wagga – It takes approximately 4 hours stopping in Goulburn on the way.

Things to do in Wagga Wagga, NSW, Australia

1. Hit the Museum of the Riverina to find out who these sporting heroes are.

You can not visit Wagga Wagga without a trip to the Museum of the Riverina (MOR). With so much sporting history in one room, you will come to understand why Wagga Wagga is pride’s itself on its sporting abilities. While you are there find out more about our beloved “Chiko roll”, as this is its birthplace.

2. Try a Chiko Roll at a local fish and chips shop

It may not be the healthiest snack alive, but it is very Australian. There isn’t an Aussie who hasn’t tried a Chiko roll or two in their lifetime, and although its creator Francis Gerald McEncroe, was from Bendigo he first sold it here in Wagga Wagga.

3. Take a stroll along the main street

You will find all the major stores and boutiques along Baylis street. This major street is full of both major chain stores and little one-off boutiques; there are also many great cafes along the way if shopping gets too much for you.

Wagga Wagga is renown for beautiful local artwork, so head over to Paper Pear where the friendly staff will warmly welcome you. Pick up a piece or two that is unique to this area and find out the history behind each piece from the knowledgeable staff members.

5. Join one of the cooking classes at Food I am

Food I am is a fantastic place to take a cooking class, with its very knowledgable staff, delicious food, and spectacular view, these classes book out quickly.

6. Take a day trip to The Crisp Galleries

This fantastic place just under hours drive from Wagga Wagga, is well worth a visit. From its beautiful garden (yes, lunch out on the garden with a gin and tonic in hand is my kind of lunch), to the fantastic concerts and events, this place is beautiful. Peter Crisp is famous for his slumped glass creations all around the world and visiting Crisp Galleries; you can see why.

7. Order a cocktail at the Hamden Bar

Newly refurbished Romano’s hotel has its own cocktail bar. Sit with the locals at the Hamden Bar and try one of the delicious cocktails on hand created by one of the professional bartenders.

8. Eat dinner at a great venue

Although this venue is an excellent location for a wedding, you can also be lucky enough to eat at the restaurant (especially during weeknights). The Magpies Nest is a beautiful location with a delicious menu, a must on your bucket list.

Enjoy 19 acres of beautiful gardens during the cooler weather, or go earlier in the morning in the height of summer. This pretty garden also has a small zoo on hand, so you could quickly end up spending the entire day here.

Only 10km out of Wagga Wagga you will find the RAAF Wagga Heritage Centre on the Sturt Highway, Forest Hill NSW 2651. Wagga Wagga has a long military history that they are proud of which dates back to more than 120 years.

This museum’s opening hours are from 10 am to 4 pm, Saturday to Thursday and Friday’s by appointment. If you are interested in Australian history, then this place is a must-see.

11. Take a one hour cruise aboard the Murrumbidgee Explorer

The Murrumbidgee River is famous amongst Australian history, and the name derives from the Aboriginal word for “Plenty Water”. So why not hop on board the Murrumbidgee Explorer for a one hour cruise along this beautiful river?

I am an Australian born, dual passport owning expatriate; who has lived through 7 postings over 12 years. I have three beautiful children -2 boarding in Australia and 1 who is residing in Sydney attending university.

I have one extraordinary rescue dog, that has lived in almost as many countries as we have and I am married to a supportive husband who has given me the opportunity to raise our three children in this very unconventional way.

Other Posts about Australia & NZ to Read

This website uses cookies to improve your experience while you navigate through the website. Out of these, the cookies that are categorized as necessary are stored on your browser as they are essential for the working of basic functionalities of the website. We also use third-party cookies that help us analyze and understand how you use this website. These cookies will be stored in your browser only with your consent. You also have the option to opt-out of these cookies. But opting out of some of these cookies may affect your browsing experience.
Necessary Always Enabled
Necessary cookies are absolutely essential for the website to function properly. This category only includes cookies that ensures basic functionalities and security features of the website. These cookies do not store any personal information.
Non-necessary
Any cookies that may not be particularly necessary for the website to function and is used specifically to collect user personal data via analytics, ads, other embedded contents are termed as non-necessary cookies. It is mandatory to procure user consent prior to running these cookies on your website.
SAVE & ACCEPT
60 Shares
Share8
Pin52
Tweet
WhatsApp
Telegram