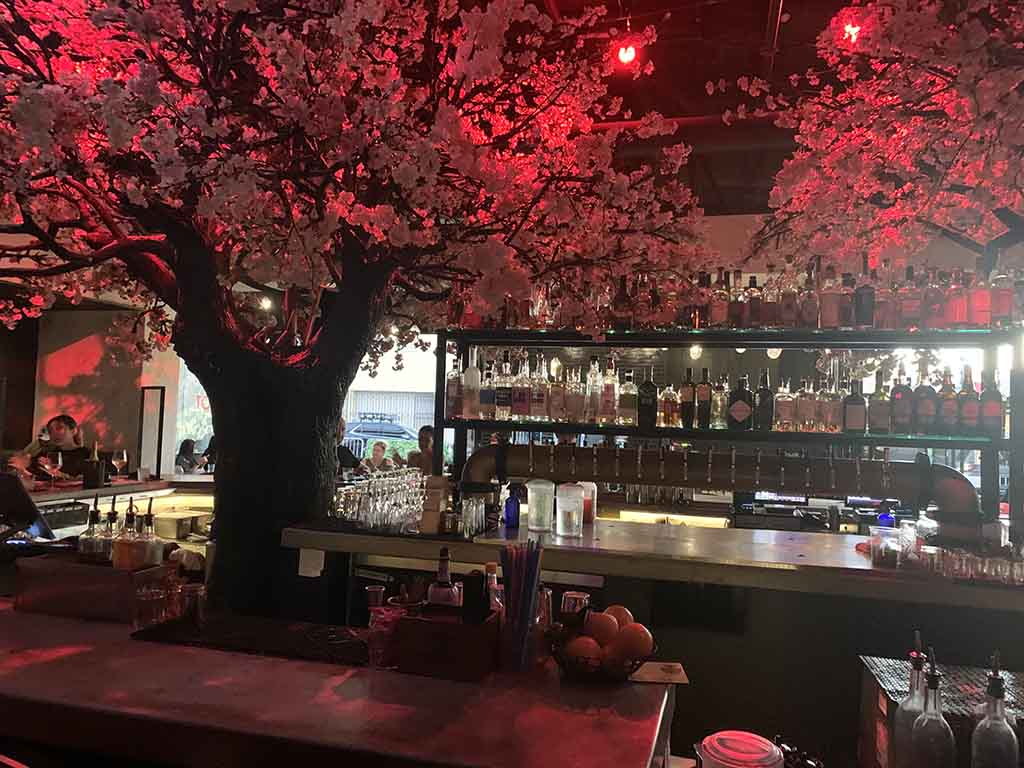 San Diego is known for a lot of things. World-class surfing, the San Diego Zoo, and those beautiful beaches all come to mind. But it’s also grown in popularity as a destination for those seeking deliciously diverse cuisine, with everything from fine dining to food with a view to the best fish tacos you’ll have on this side of Mexico.

So where are the best places to eat in San Diego, California?

It certainly depends on the mood you’re in and what you have a taste for. Luckily, the city has a food scene with enough going on that you’ll be spoiled with choice.

What kind of food is San Diego known for?

San Diego’s food scene is diverse, but there are a few staples you’re likely to discover on your visit there. Every local will have a favorite fish taco place and California burrito spot to share with you, for example, and its proximity to the water makes finding fresh seafood in San Diego an easy task.

As far as what’s considered California cuisine, you’ll find a number of eateries promoting their farm-to-table menu offerings with hyper-local ingredients you’d find for yourself at any of the city’s farmers markets. The emphasis in many California kitchens is sustainability, and you’ll find that well-represented in San Diego.

Where to Eat Fish Tacos in San Diego

Fish tacos are a staple in San Diego, and as already mentioned, anyone you ask for a recommendation will likely have their own special place to send you to for the best fish tacos in the city.

This small seafood eatery on the marina serves up delicious fish tacos with fantastic views of the surrounding San Diego Bay. You can’t go wrong with any of the grilled fish on special that day, as you can rest assured you’re eating fresh catch. Choose to have it served up as a tostada platter instead for fun.

The fish tacos at Blue Water come jumbo-sized, with fresh catch on special that makes every visit here just a little bit different. If you’re no in the mood for tacos but still want to sample their seafood, you can play with the preparation of your meal. Throw a fillet on a salad, sandwich or straight off the grill. There are two locations in the city, one in Mission Hills and another in Ocean Beach.

San Diego’s food truck scene runs the gamut of food styles, and is diverse as its brick-and-mortar offerings.

Yes, you already have your fish tacos planned out for your San Diego trip, but there’s one more you should consider that specializes in Baja-style fare, especially if you’re at all into ceviche. Kiko’s location may seem strange – it operates out of a parking lot in a gas station – but the food is fantastic. Try their tacos, but don’t miss out on that ceviche.

San Diego Polish food can be a little tricky to find, but it’s not as hard when you know where to look. The Pierogi Truck is the most authentic option in the city, serving up delicious Polish pierogi, or dumplings, in a variety of flavors, on top of hearty portions of Polish sausage and stuffed cabbage. The owners are from the Chicagoland area, a hub for immigrant Poles, so you know this is legitimate!

Where to Eat Sushi in San Diego

Access to fresh fish makes San Diego an obvious choice for delicious sushi, from special-occasion omakase-style eateries to more casual hole-in-the-wall spots. The best sushi in San Diego definitely depends on the style you’re interested in, and your budget!

This is omakase-style sushi, a sushi style where you trust the chef to serve up their dishes of the day. Hidden Fish is one of only a few eateries in San Diego that serve up this chef’s choice style of sushi, and they do it in not only a delicious way, but a beautiful way. The presentation of the plates alone is worth a visit.

For a more casual but still delicious experience, Sushi Ota is a well-known sushi spot in San Diego, in part for its no-frills location in a strip mall in Pacific Beach. Once you step inside, though, you’re transported to a place that takes great pride in its menu, which includes both the expected sushi rolls and playful takes on old favorites. They’re known for their sea urchin if you’re brave enough to try it!

Where to Have Craft Beer With Your Meal

America’s finest city is spoiled with choice when it comes to San Diego craft breweries, but if you’re hungry on top of being thirsty, you have plenty of options for delicious eats alongside your meal.

Ballast Point is well-known in San Diego as a beer institution, but locals know that the location near downtown is also one the best places to eat in Little Italy. Think elevated pub fare like steamed mussels, duck nachos and one of the best burgers you’ll find in town. There is an even larger Ballast Point location in Miramar, but it just doesn’t offer the same ambiance as the Little Italy spot.

This expansive brewery and restaurant in Sorrento Mesa has a warehouse vibe when you first approach, but once inside it’s airy and welcoming, serving up some of the best eats you’ll find in San Diego alongside their home brews. Their menu is known for their wood-fired pizzas, but if you’re feeling ambitious, their dirty fries are fun to share.

Places That Are Instagram-Worthy and Still Delicious

San Diego has a number of see-and-be-seen places, but while they look pretty on Instagram, the food doesn’t always match the pictures. That doesn’t mean there aren’t places that are both pretty to look at and delicious!

Relatively new to the Little Italy dining scene, Cloak & Petal has been all over locals’ social media for its playful decor and that blossoming tree that seems to grow out of the bar inside.

The menu is just as playful, and, thankfully, delicious. It’s all about the sushi here, with rolls covered in a variety of sauces and flavors that shouldn’t seem to work, but do.

Come for the decor but stay for the food, as KINDRED is one of the best vegan restaurants in San Diego. This place embraces a heavy metal aesthetic that makes it feel like it definitely should be serving up some kind of meat-heavy menu, but it’s all faux meat here. Their barbecued jackfruit resembles juicy pulled pork and their grilled cheese will remind me of your cheesiest childhood memories, until you realize you aren’t eating cheese at all.

Where to Find the Celebrity Chefs

San Diego has arrived as a foodie destination, and a number of celebrity chefs and names well-known in the food industry have decided to call the coastal city their home base.

Celebrity chef Brian Malarkey is a household name in San Diego, with a number of his restaurants around the city serving up a variety of cuisines. Animae is potentially his most impressive, as the detail paid to the food here matches its surroundings, all luxe finishes from the light fixtures to the carpeting at your feet. (Yes, this place has carpeting, but it works!) The menu is divided up into cold and hot bites, with a wagyu beef list for those celebrating a special occasion.

Juniper & Ivy is often lauded as one of the best restaurants in San Diego, and it was founded by a frequent face on food television shows: Richard Blais. Blais is known for modern, inventive takes on traditional favorites, and that background here is obvious. The menu here changes with the seasons, but locals are often ordering an off-menu item, the In-N-Haute burger, a take on the fast food classic.

Blais has a more casual San Diego eatery as well, The Crack Shack, also in Little Italy. If you’re seeking out the best fried chicken in San Diego, you may as well start there. Don’t miss out on the chicken oysters as an appetizer.

Is your mouth watering? San Diego is waiting for you to satiate that appetite, whether you’re seeking those famous fish tacos or opting for something a bit fancier!

About Agnes, from Travel on the Reg

Agnes is a regular person behind Travel on the Reg, a travel blog focused on sharing her collected wisdom and (hopefully) amusing truths about travel when it’s done in a regular way. A Chicago native, Agnes moved to San Diego, America’s Finest City, in 2014, and has been enjoying the sunshine – and the food scene – ever since. Follow her on Instagram, Twitter or Pinterest.

Wondering Where To Eat In Popular Cities? Here Are The Top Choices!

This website uses cookies to improve your experience while you navigate through the website. Out of these, the cookies that are categorized as necessary are stored on your browser as they are essential for the working of basic functionalities of the website. We also use third-party cookies that help us analyze and understand how you use this website. These cookies will be stored in your browser only with your consent. You also have the option to opt-out of these cookies. But opting out of some of these cookies may affect your browsing experience.
Necessary Always Enabled
Necessary cookies are absolutely essential for the website to function properly. This category only includes cookies that ensures basic functionalities and security features of the website. These cookies do not store any personal information.
Functional
Functional cookies help to perform certain functionalities like sharing the content of the website on social media platforms, collect feedbacks, and other third-party features.
Performance
Performance cookies are used to understand and analyze the key performance indexes of the website which helps in delivering a better user experience for the visitors.
Analytics
Analytical cookies are used to understand how visitors interact with the website. These cookies help provide information on metrics the number of visitors, bounce rate, traffic source, etc.
Advertisement
Advertisement cookies are used to provide visitors with relevant ads and marketing campaigns. These cookies track visitors across websites and collect information to provide customized ads.
Others
Other uncategorized cookies are those that are being analyzed and have not been classified into a category as yet.
SAVE & ACCEPT
41 shares