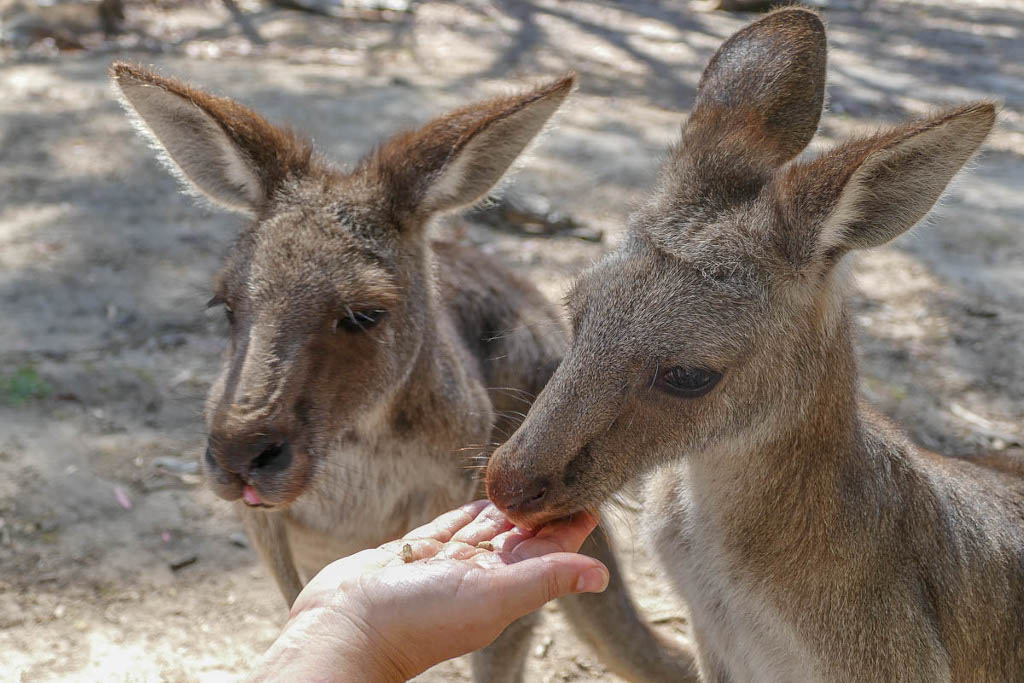 Don’t overlook South Australia when you plan your next trip to Australia. Although Queensland and New South Wales are often the first choices for travellers to Australia, South Australia is a great destination for everything from wildlife and beautiful beaches to amazing outback experiences.

The state capital, Adelaide, has a more relaxed and easy paced feeling than Sydney and Melbourne. It is not only a great place to start your visit to South Australia, but within four hours of Adelaide are several must see locations.

Adelaide is a beautiful place. The city’s founders designed the streets in an un-chaotic, grid pattern featuring four large public squares. The entire central business district is ringed by parklands. The parklands are a great source of pride for the city and have remained largely undeveloped to his day.

Before you venture into the regions there is a lot to do in Adelaide and much of it is free. The cultural centre of the city is North Terrace. The South Australian Museum of Natural History and the Art Gallery of South Australia are right next door to one another, you could spend a day exploring them.

Further along North Terrace you come to the Adelaide Botanic Gardens. The gardens are an extraordinary oasis in the middle of a city of one million people. You can relax under hundred year old trees or have a coffee in one of the cafes. The gardens extend into the Adelaide Zoo which is right next door.

Adelaide also has a world class food and bar scene. Before you visit, look up a list of Adelaide’s best restaurants because you you’ll find an eclectic mix of great dining experiences. For a taste of what to expect, visit the Adelaide Central Markets. They are the largest undercover market in the southern hemisphere. There are dozens of places to relax, have a great coffee and enjoy the atmosphere.

Only 20 minutes from the city centre, the Adelaide Hills feel like they are a world away from the hustle and bustle of town. If you like wine, the area has over 60 wineries and is a highly rated wine region. For a day trip to the hills, try to visit Mount Lofty and Hahndorf.

Mount Lofty, the highest point in Adelaide, has three activities located within a few minutes of other. There is the Mount Lofty Summit which has great views across Adelaide. The lookout’s westerly aspect makes it a top spot for sunset viewing. There is a café and restaurant at the summit. You can settle in and watch the sun go down across the city.

If feeding a kangaroo or cuddling a koala is on your list of things to do in Australia, go to the Cleland Wildlife Park. It is five minutes from the summit. You will be able to get up close to all sorts of Australian wildlife.

Five minutes in the other direction are the Mount Lofty Botanic Gardens. Set on a hillside, there are gullies and trails to explore that feature plants and trees from around the world. The cooler, wetter hills climate gives these gardens a different feel to those in the city. They are a spectacular sight in Autumn when the leaves on the European trees turn orange and red.

Hahndorf is fifteen minutes from Mount Lofty. The village was settled by German migrants in the 1800s and proudly celebrates that culture to this day. A walk down the main street is a must. Whether your interests are architecture, bratwurst or hand crafted cheese, Hahndorf is a fun and filling place to spend a day.

The Australian outback is known for its big skies, wide open spaces and dramatic landscapes. The Flinders Ranges, four hours north of Adelaide, offer all of that against a backdrop of beautiful mountain ranges.

The most spectacular feature in the Flinders is also the best base for exploring the area. Wilpena Pound is an oval shaped range that looks like a giant crater. There a dozens of walks you can do to explore Wilpena Pound including the very tough hike to the Pound’s highest point, St Mary Peak.

From Wilpena Pound you can do day trips to Brachina and Parachilna Gorge. Both have amazing scenery. The red and orange of the layered and folded rocks just gets better around every corner. There is plenty of wildlife in the Flinders too. You’ll have no trouble spotting emus and kangaroos.

Wilpena Pound offers everything from camping to resort style accommodation. Be aware that the Australian outback is an unfriendly place to visit at the height of summer. The heat makes walking difficult and potentially dangerous and the flies will drive you crazy!

If the heat and harshness of the outback isn’t your thing, 4 hours south of Adelaide is the Limestone Coast region of South Australia. It’s green, cool and, if you like wine, is home to another famous wine region – the Coonawarra. The area is dotted with reminders of its volcanic past. Craters and cones are a feature of the landscape.

Mount Gambier is the biggest town in the region. Its centrepiece is the Blue Lake. The Blue Lake sits in the crater of a dormant volcano. Over summer the lake turns from a steel grey colour to an iridescent blue. It is a great sight and the 3.5 kilometre walk around the lake has plenty of lookouts over the water and to the coast.

Another feature of the area is spring fed sink holes. They offer a unique diving or snorkelling experience. There are two locations to try – Piccaninnie Ponds and Ewens Ponds. The ponds are famous for their clarity. Visibility can be over 50 metres.

A little planning is needed for this activity as you need a permit and full length wetsuits are a condition of entry – the water temperature is a chilly 14 degrees Celsius. The ponds are 30 minutes from Mount Gambier and gear can be hired there. It might not sound like the easiest activity, but the views of the caves and underwater gardens are worth the effort.

Every visitor to South Australia should have Kangaroo Island on their list of places to visit. Day trips to the island are available from Adelaide but to really appreciate it give yourself a few days. The ferry departs from Jervis Bay, a picturesque 90 minute drive south of Adelaide.

Kangaroo Island has the lot. Stunning beaches, spectacular coastline, wildlife and a great selection of gourmet food. Kangaroo island was badly affected by bushfires in early 2020 but it’s back open for business and ready to impress again with its natural beauty.

Places to put on your list to see on the island should include Seal Bay where you can get up close to a large colony of Australian sealions, the pristine and beautiful Vivonne Bay, and Flinders Chase National Park. The walks and wildlife there are fantastic.

If you have an adventurous streak or are going across the Nullarbor Plain and on to Western Australia, stop and enjoy the spectacular west coast of South Australia. From beautiful beaches to rugged coastline and abundant marine life, it is one of the most unspoilt regions of South Australia.

Port Lincoln is the biggest town on the West Coast. The Lincoln National Park and nearby seaside towns of Tumby Bay and Coffin Bay all have white sandy beaches and turquoise blue water. The west coast is all about seafood. From freshly caught tuna to locally produced oysters and abalone, the area has some of the best seafood in the world.

Our favourite spot on Eyre Peninsula is Streaky Bay. It is a seven and a half hour drive from Adelaide, but the long drive is worth it. You can swim with seals, watch dolphins and seals from the cliff tops at Venus Bay and explore sea caves and blowholes. In winter, the west coast is also a popular whale-watching area.

If you want to feel a long way from civilisation and experience a side of Australia most visitors never see, think about having Eyre Peninsula on your list of places to visit in South Australia.

About Authors Natalie and Steve

Readers love these posts about travel in Australia & New Zealand!

This website uses cookies to improve your experience while you navigate through the website. Out of these, the cookies that are categorized as necessary are stored on your browser as they are essential for the working of basic functionalities of the website. We also use third-party cookies that help us analyze and understand how you use this website. These cookies will be stored in your browser only with your consent. You also have the option to opt-out of these cookies. But opting out of some of these cookies may affect your browsing experience.
Necessary Always Enabled
Necessary cookies are absolutely essential for the website to function properly. This category only includes cookies that ensures basic functionalities and security features of the website. These cookies do not store any personal information.
Functional
Functional cookies help to perform certain functionalities like sharing the content of the website on social media platforms, collect feedbacks, and other third-party features.
Performance
Performance cookies are used to understand and analyze the key performance indexes of the website which helps in delivering a better user experience for the visitors.
Analytics
Analytical cookies are used to understand how visitors interact with the website. These cookies help provide information on metrics the number of visitors, bounce rate, traffic source, etc.
Advertisement
Advertisement cookies are used to provide visitors with relevant ads and marketing campaigns. These cookies track visitors across websites and collect information to provide customized ads.
Others
Other uncategorized cookies are those that are being analyzed and have not been classified into a category as yet.
SAVE & ACCEPT
58 Shares
Share25
Pin31
Tweet2
WhatsApp
Telegram
Email