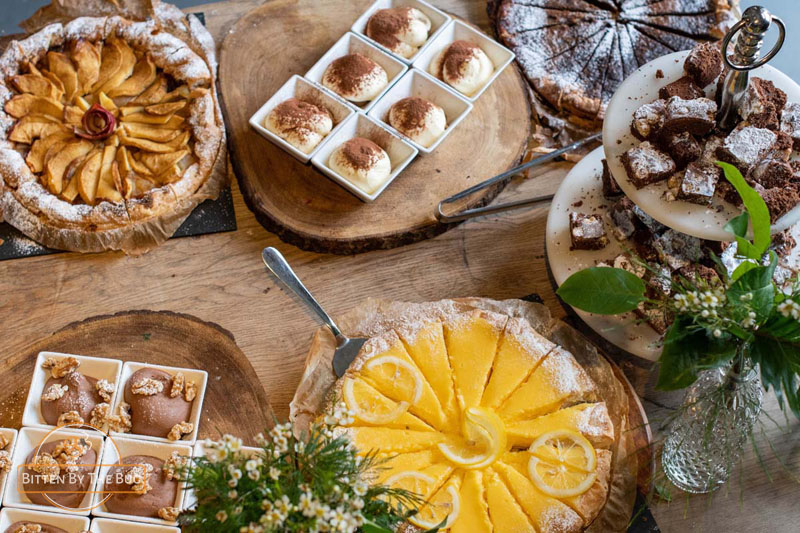 As is to be expected from a capital city, Brussels is teeming with excellent restaurants serving all kinds of cuisines. Belgian, Indian, Italian, Ethiopian, Asian… you name it. The price range varies as well, going from a cheap portion of fries in the street to fancy Michelin-rated restaurants. In order to make things easier for you, here’s a pick of places that have been tried and approved. This list offers two restaurants in the city center, one restaurant renowned for its Belgian food, one restaurant that excels because of its special design, a waffle place and a wonderful brunch spot.

Whenever I’m in a city center while traveling, I feel very skeptical towards the restaurants situated around the main landmarks in the center. It is too often the case that those centrally situated restaurants charge excessive prices, not because the food is exceptional, but because they have the benefit of their location. In Brussels, there’s one famous street called Rue des Bouchers which is lined with seemingly nice restaurants, but my recommendation is to steer clear of those. The dishes listed on the menu may seem cheap, but that’s because the ingredients are of a lesser quality. Also, the bill will rise quickly as soon as you order some drinks.

One proven technique is to follow the locals, but with all those expats in Brussels it’s hard to make a distinction between tourists and locals. As a Belgian living in Brussels, I’ve spent quite some time trying several restaurants in my city, so I’ll point out some nice places for you. One of my absolute favorites is Mer du Nord, a fish shop that serves fish and seafood on Place Sainte-Catherine. Especially on a sunny day, locals gather around the outdoor tables, ordering tapas-style portions to share. The setting is lovely and the food is delicious. There might be a queue, but it’s worth the wait! Once you’ve had your fill there, I also suggest you take a tour around Place Sainte-Catherine to discover all the hidden architectural gems of the place.

Many of the restaurants in the city center are rather small and fill up quickly. When you can’t find a place to eat, walk on to the Japanese restaurant Kumiko. It’s a bit tucked away in a side-street, so most tourists won’t find out about it. Kumiko is a large Izakaya-style restaurant that serves ramen, donburi and burgers, as such combining eastern food with western influences. The food is fresh and healthy, yet quickly prepared. Despite being a large restaurant, the place remains cozy thanks to its wooden furniture and dimmed lighting.

The name, the food, the setting… everything about the restaurant Au Stekerlapatte says Brussels. Just by looking at its façade, you can tell it’s been around for a very long time and has known the days when this area was the center of the buzzing theater scene. The walls in the hallway are still covered with playbills from that period. As for the food, expect Burgundian cuisine with overall quite meaty dishes. Among the famous Belgian dishes, there are classics like Bloempanch (a kind of blood sausage), carbonnade flamande (stew) with Chimay Bleue, or meatballs with tomato sauce. Combine your Belgian meal with a Belgian beer. On the beer menu, you’ll find about 45 different beers, originating from different Brussels-based (micro)breweries like En Stoemelings, Cantillon, Brasserie iLLeGaaL, Brasserie de la Senne…

A romantic night out at La Quincaillerie

The commune of Ixelles boast a little restaurant district with La Quincaillerie as one of its most beautiful gems. Dating back to 1903, this former ironmonger’s shop has been turned into a fancy restaurant all the while retaining accents from its former purpose, like the hardwood drawers, the stairs, the balconies… The big clock above the central staircase isn’t an original piece, but it’s definitely a gorgeous eye catcher. Book beforehand an ask for a table on the balcony, which is an excellent spot for a romantic tête-à-tête. When it comes to food, at La Quincaillerie is all about ‘bistronomie’, which is basically a combination of ‘gastronomie’ and ‘brasserie’. It means that you’re up for a culinary treat with high-quality food with biodynamic ingredients, yet the portions are large enough and prices are relatively affordable.

When in Brussels, try a Brussels waffle: The Waffle Factory

One of the things you have to eat while in Brussels, is a Brussels waffle. When walking through the city center, you won’t be able to avoid them, as there are so many little shops selling them.

The majority of the waffle shops are situated in the Rue de l’Etuve, home of the famous Manneken Pis statue. Although they sell decent waffles, there is no seating area here. When you’ve been visiting the city and have been walking a lot already, it would be nice to sit down and have a drink while enjoying your waffle.

That’s why I’d recommend heading over to the Waffle Factory nearby which has a relatively large seating area upstairs. Opposed to Maison Dandoy a bit further up in the street, their waiting line usually isn’t too large and it’s relatively easy to get hold of a table upstairs.

Apart from the traditional desserts of sweet waffles with chocolate, strawberries and whipped cream, they also serve some savory waffles with chicken for example. For us Belgians, the concept is a bit weird, but they definitely pull it off.

If you have extra time on hands, I highly recommend booking this local waffle-making workshop to learn how to make the most delicious Belgian waffles. Or if you’re a fan of chocolate, join a popular chocolate tasting tour.

Have brunch in a former industrial depot: La Fabbrica

How about exploring an off-the-beaten path pearl from industrial times while brunching? La Fabbrica is situated in the former industrial depot Tour & Taxis, which used to be the hub of international, horse-based postal service. Today, the building has been repurposed to house various businesses and eateries. One of those places La Fabbrica, which is the place to go on Sundays when they offer an all-you-can-eat brunch formula.

The amount of dishes is incredible and everything is fresh and tasty. They’re especially proud of their Italian specialties, like pecorino, mortadella, Prosciutto di Parma, capocollo, mozzarella with tomatoes, Italian pizza… but they serve all kinds of food, going from traditional breakfast to cooked vegetables and sweet desserts. If you’re travelling with kids, they will love this place too, as a bouncy castle and other kids’ activities will keep them entertained.

Before filling your tummies with local delicacies, you might want to take this Belgian beer tasting tour around the most vibrant areas of Brussels!

Bio: Sophie from Bitten by the Bug

Sophie from Bitten By The Bug has a travel blog which focuses on Brussels and by extension other places to visit in Belgium. She loves to explore new restaurants and bars in her own city, and shares her recommendations on the blog. If it’s your first time in Brussels, you’ll also find lots of info to help you prepare your trip to the Belgian capital city. Follow Sophie on Facebook, Instagram & Pinterest.

This website uses cookies to improve your experience while you navigate through the website. Out of these, the cookies that are categorized as necessary are stored on your browser as they are essential for the working of basic functionalities of the website. We also use third-party cookies that help us analyze and understand how you use this website. These cookies will be stored in your browser only with your consent. You also have the option to opt-out of these cookies. But opting out of some of these cookies may affect your browsing experience.
Necessary Always Enabled
Necessary cookies are absolutely essential for the website to function properly. This category only includes cookies that ensures basic functionalities and security features of the website. These cookies do not store any personal information.
Functional
Functional cookies help to perform certain functionalities like sharing the content of the website on social media platforms, collect feedbacks, and other third-party features.
Performance
Performance cookies are used to understand and analyze the key performance indexes of the website which helps in delivering a better user experience for the visitors.
Analytics
Analytical cookies are used to understand how visitors interact with the website. These cookies help provide information on metrics the number of visitors, bounce rate, traffic source, etc.
Advertisement
Advertisement cookies are used to provide visitors with relevant ads and marketing campaigns. These cookies track visitors across websites and collect information to provide customized ads.
Others
Other uncategorized cookies are those that are being analyzed and have not been classified into a category as yet.
SAVE & ACCEPT
941 shares