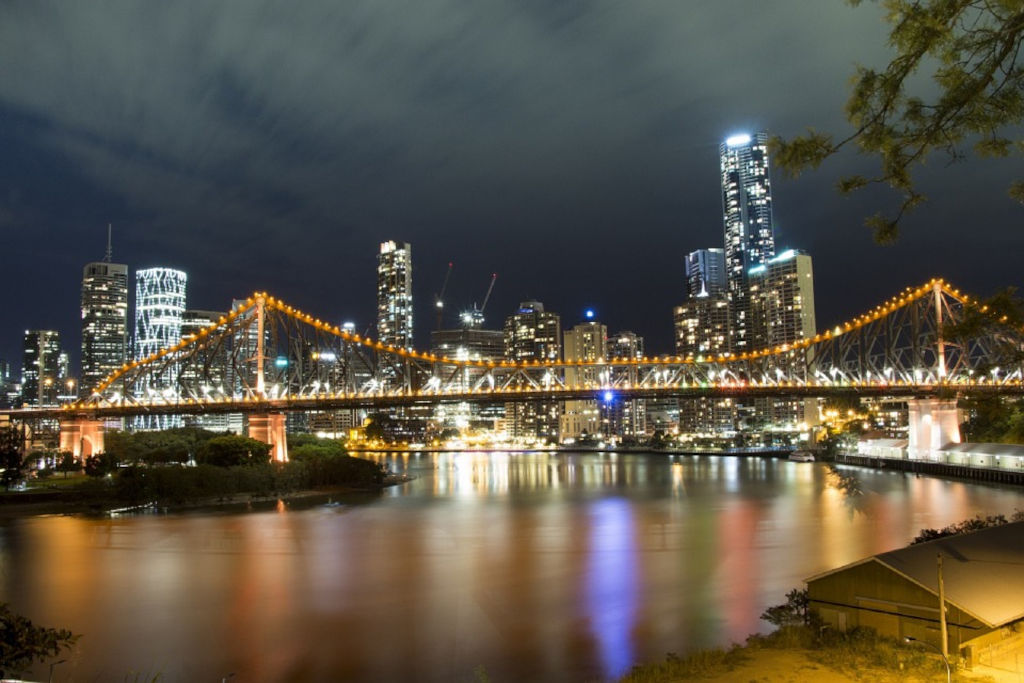 Brisbane is the gateway to Queensland, Australia’s sunshine state. Queensland is home to the Great Barrier Reef, stunning beaches, unspoiled islands, and the ranging outback with iconic country towns, fertile farmlands and wild national parks. For that reason, Queensland’s sprawling state capital Brisbane is sometimes overlooked as a destination in its own right. However, there are an incredible variety of things to do in Brisbane that make it more than just a jumping point for Queensland’s many attractions.

With fantastic weather year-round, Brisbane is perhaps Australia’s premier outdoor city. Visitors flock here to enjoy the outdoor lifestyle via the various parklands, cycling trails, river cruises, viewpoints, and gardens the city has to offer. But in recent years the River City has also seen an explosion in the cultural, culinary, and entertainment experiences on offer.

Before I set out to travel, I spent most of my life growing up in Brisbane and return almost every year. Here is my round-up of the most quintessential things to do in Brisbane from a local.

Take in the Whole City from Mount Cootha

A strenuous walk, run or cycle, or pleasant winding drive will take you to the top of Brisbane’s best lookout Mt. Cootha. Located in the inner-western suburb of Toowong, Mt. Cootha enjoys fabulous views over the sprawling river city. Grab an ice cream or a coffee from the Summit Cafe to enjoy with your view!

Among Brisbane’s premiere retail and lifestyle destinations, James Street is home to some of the city’s foremost fashion boutiques, lifestyle, and design stores. Set along a broad, leafy, downtown avenue, premium cafes, restaurants, and bars complete the precinct. Wandering James Street is one of the top things to do in Brisbane for any shopaholic or avid window shopper.

Watch a Game of Footy or Cricket

Australian’s love their sport especially football and cricket. And Brisbane locals are no different. In winter, they play Australian rules football, rugby league, rugby union, and soccer. In summer, the city turns its collective attention to cricket.

Brisbane is mad about a sport and is home to five major teams representing the city and the state in these popular sports. Chances are, on any given weekend, one of these teams, or another big-league event will be happening in (at least) one of the city’s two major stadiums, ‘The Gabba’ or Suncorp Stadium. One of the best things to do in Brisbane is to soak up the atmosphere at a game.

If you can’t make it to a live game, the atmosphere in pubs at game-time can be just as, if not more, exciting. This is especially true in areas close to the stadiums, like Caxton Street near Suncorp Stadium or Woolloongabba near ‘The Gabba’ Stadium.

Dance the Night Away in the Valley

A dense collection of pubs, live music venues, and night clubs spread over about six blocks in the historic downtown suburb of Fortitude Valley, make ‘the Valley’ Brisbane’s premier entertainment precinct. This is the best area in the city for a night out in Brisbane. Pencil in a Friday or Saturday night and grab your dancing shoes to explore ‘the Valley’.

Enjoy a Meal Out in China Town

Some of Brisbane’s oldest and most renowned Chinese and Vietnamese restaurants can be found in, or close to Brisbane’s China Town on Duncan Street in Fortitude Valley. Delicious authentic restaurants with reasonable prices make this one of the best things to do in Brisbane. Drop-in for dim sum lunch with daily yum cha or enjoy night time dining in this vibrant downtown location.

Have a Picnic at New Farm Park

One of Brisbane’s oldest and largest inner-city parks, the 37 acre heritage-listed New Farm Park is situated next to the river and has plenty of space to set up for an afternoon picnic. Take along some supplies to cook up on the public barbecues or grab something to go from any one of the popular restaurants located nearby in Brunswick Street, New Farm.

New Farm is also the home of ‘The Powerhouse’ a repurposed power station now used as venue space for shows and live performance.

Home to some of the best cafes, brunch spots, restaurants, and bars in the city, a trip to the city’s bohemian district is an essential thing to do in Brisbane for any visitor.

Work up an appetite with a walk up iconic Boundary Road to check out the book stores and vintage shops.

In the morning, refuel with brunch and coffee at some of the city’s best cafes.

If coffee turns into afternoon beers, West End knows its way around a keg just as well as it does an espresso machine. You’ll find microbreweries, beer houses, and cocktail bars all within a stone’s throw of West End’s main walking street, Boundary Road.

If you’re STILL here at dinner time, an eclectic dining scene showcases the multi-culturalism of Brisbane with restaurants specializing in a multitude of different cuisines including Lebanese, Vietnamese, American, Japanese, Greek and Ethiopian to name a few.

On Saturdays, the West End market is the place to find some of the city’s best fresh produce as well as pop-food stalls.

The Brisbane River winds through some of the city’s most beautiful suburbs. The fast, comfortable and affordable city ferries known as ‘City Cats’ run from leafy St. Lucia in the west to the trendy dining and shopping precinct at Portside Wharf in the northern suburb of Hamilton.

On its journey, the City Cat snakes through Brisbane’s most striking riverside suburbs including Toowong, Southbank, Brisbane City, New Farm, and Kangaroo Point. Hop aboard to get one of the best and cheapest tours of the city.

South Bank comprises 24 acres of Australian parkland set on the southern banks of the Brisbane River. The developed park precinct is compromised of a variety of different spaces. Southbank includes a man-made beach, cycling paths and walkways, green spaces, and many of the cities best restaurants, bars, and cafes.

South Bank is also home to a number of the state’s most important cultural venues including the Gallery of Modern Art, the Queensland Museum, Queensland Performing Arts Centre, and the State Library.

It’s the perfect place to spend a sunny morning or afternoon strolling and admiring the river city.

For views of the Brisbane CBD you cannot go past this riverside park in Brisbanes inner east. Accessible via City Cat or by walking paths from South Bank, this green city park set high on a cliff above the river has great facilities, and great views of the buildings of Brisbane’s financial business district.

Have a Drink at Eagle Street

Lining a length of the Brisbane River between Eagle Street and the Howard Smith Wharfs in Brisbane’s city centre is a collection of Brisbane’s most exciting and upmarket bars and breweries, restaurants and clubs. Drop-in for a drink after 5:00 pm to watch the sun go down and the lights come up in the River City.

Cycle the Toowong River Side to City Botanical Gardens

Bike paths connect much of Brisbane and one of the best rides is the bicentennial bikeway. This popular bike way connects the leafy, riverside suburb of Toowong with the Brisbane City Botanic Gardens via five kilometers of riverside bike paths and walkways.

Starting at the Regatta Hotel, one of Brisbane’s most storied and venerated watering holes, the path follows a dedicated bike path along the riverside all the way to the City Botanic Gardens.

The City Botanic Gardens offers almost 50 acres of gardens, walkways, cycling paths, and attractions in the heart of the Brisbane CBD.

Both the Regatta Hotel and the City Botanic Gardens can be reached by City Cat.

With so many things to do in Brisbane, this is just a taste of some of the most essential Brisbane experiences. But there is a great deal more to discover in the sunny, picturesque, and ever-evolving city of Brisbane.

I grew up in Brisbane Australia. Since then, have traveled through my home country, a large swathe of East and Central Asia, Russia, Europe, and extensively through South, Central, and North America. My style of travel is, at best, flexible, instinctive, and adaptable. At worst, a crapshoot that often ends in disaster. My long history of missing flights, getting lost, medical emergencies, getting robbed, getting poisoned, getting stranded and a couple of near-death experiences have left me with a long list of pitfalls to avoid and things to watch for in exotic places all over the world and a few good stories. Now I travel overland in a converted van with my partner and fellow travel addict Kelli. We record our experiences through our blog, The Vanabond Tales. Connect with us on Instagram and Twitter.

This website uses cookies to improve your experience while you navigate through the website. Out of these, the cookies that are categorized as necessary are stored on your browser as they are essential for the working of basic functionalities of the website. We also use third-party cookies that help us analyze and understand how you use this website. These cookies will be stored in your browser only with your consent. You also have the option to opt-out of these cookies. But opting out of some of these cookies may affect your browsing experience.
Necessary Always Enabled
Necessary cookies are absolutely essential for the website to function properly. This category only includes cookies that ensures basic functionalities and security features of the website. These cookies do not store any personal information.
Non-necessary
Any cookies that may not be particularly necessary for the website to function and is used specifically to collect user personal data via analytics, ads, other embedded contents are termed as non-necessary cookies. It is mandatory to procure user consent prior to running these cookies on your website.
SAVE & ACCEPT
57 Shares
Share4
Pin45
Tweet8
WhatsApp
Telegram