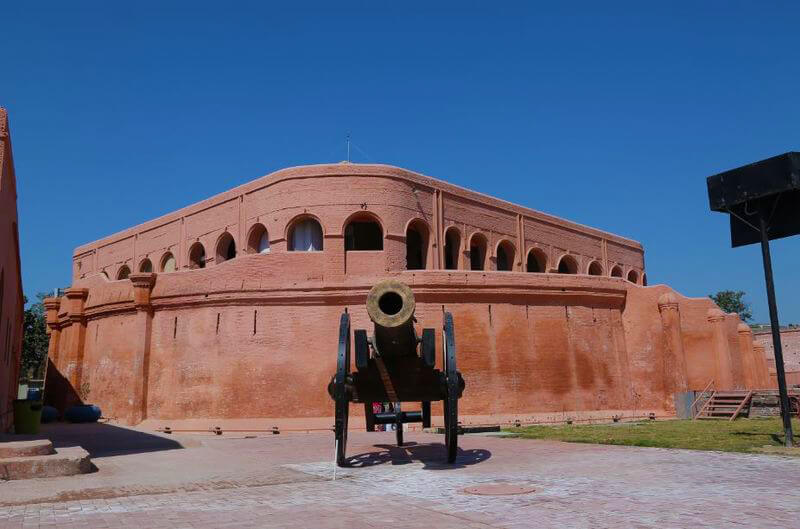 When you take a trip to India, towns like Mumbai and Goa. Ramdaspur or Ambarsar are the erstwhile names of Amritsar, another city in Punjab that you must visit. Located about 217 km North West of the Chandigarh, the State Capital, Amritsar is very close to the Wagah Border that separates present-day India and Pakistan. Amritsar has a lot to offer the local or international tourist, from places of history to places of worship.

Amritsar has plenty to offer the traveller on a short stay in Amritsar, and there are many good hotels to suit every budget and lifestyle, from the expensive Ramada and Hyatt to the economical hostels and bed and breakfasts. Anyways, if you only visited a handful of sights on your visit to Amritsar, here are the main things to do in Amritsar.

In 1577, Guru Ram Das completed a manmade pool around which the temple is built, and Guru Arjan enabled the laying of its foundation stone in 1589. The Golden Temple has been rebuilt time and time again after destruction, and is the most important Sikh shrine. The temple was also damaged in the 1984 conflicts between the government and the Sikhs looking to establish Khalistan, but rebuilt again.

The temple is on the UNESCO Heritage Site waiting list and sees over 1,00,000 visitors a day. The visitors, irrespective of their religion can visit the Langar in the Harmindar Sahib Complex and partake in a simple vegetarian meal that is served throughout the day. The Akal Takht in front of the Golden Temple is the headquarters of Sikhism. The name means “throne of the Timeless”, the timeless referring to God.

The only road border crossing between India and Pakistan, the Wagah Border crossing is on the Grand trunk Road that connects Amritsar on the Indian side to Lahore on the Pakistani side. It was the crossing used by Indians and Pakistanis in 1947 to move to the other side. The crossing is more important that the Ganda Singh Wala crossing that is now closed, although a Beating the Retreat is still held daily at Ganda Singh Wala crossing and is attended mostly by locals on both sides.

Every day, a few hours before sunset, the flag lowering ceremony is held and attended by tourists on both sides of the border. The Beating the Retreat spectacle takes over 1 hour and is preluded by music and dancing, followed by the flags being lowered and folded by the Indian Border Security forces and the Pakistani Rangers.

Bullets in the wall at Jallianwala Bagh

A memorial to the lives lost at Jallianwala Bagh on 13th April 1919, one can still see the bullets in the walls of this public garden.

What happened at Jallianwala Bagh? The Rowlatt Act or Black Act was passed in 1919 and enabled stricter control of the press, arrests of individuals without needing any warrants, indefinite detentions without trials, and juryless trials for some political acts. Colonel Reginald Dyer, who was convinced of an impending insurrection, had imposed a curfew that banned all meetings of 4 or more people in Amritsar post 20:00 hours. But most people were unaware of this.

On that fateful day, over 10,000 people had gathered to celebrate the festival of Baisakhi, the Sikh New Year. Dyer heard about the gathering and assumed it was a protest. Dyer and his troops went to the garden and fired on the crowds for 10 minutes till the ammunition ran out. Officially 379 people were killed, but it’s believed that in actuality over 1000 people were killed and 1500 injured. Apart from those who were martyred in the shooting, many people died in the resulting stampedes or by jumping into the well in the garden. Over 120 bodies were removed from the well.

After the Jallianwalla Bagh Massacre, many moderate Indians stopped supporting the British and put on the cloaks of Nationalism.

The Partition Museum tells the story of the Partition from the people’s eyes. One of the collections in the museum is the household goods that the people took with them when they had to suddenly leave their houses and choose a country.

Since Punjab had 53% Muslim and 47% non-Muslim population, the state was divided between India and Pakistan by the Radcliffe Award on 17th August 1947. Individuals suddenly found themselves on the wrong side of the border and a mass migration started that lasted till 1948. Many were displaced, families were torn apart, lives were lost. People migrating by trains were killed, women were raped, and honor killings were rampant. West Bengal and Assam also faced the brunt of the partition.

The Partition Museum tells the stories of some of the 20 million people who were affected by the partition of one the British’s most prized possessions.

Bhangian ka Dilla (Fort of the Bhangis) or Gobindgarh Fort in Amritsar is a square structure built of brick and lime that was built by Gujjar Singh Bhangi in the 18th century. The fort had been built to save the Harmindar Sahib from invaders coming from the Grand Trunk Road in the 18th century.

Gobindgarh Fort used to be occupied by the Indian army but has been open to the public since February 2017. The fort had 5 canons including the two famous Zamzama canon.The Zamzama or Bhangia-de-Tope as it’s called was cast in 1757 in Lahore. One of the Persian inscriptions on the canon reads “A destroyer even of the strongholds of the heaven”.

The Toshakhana in the Gobindgarh Fort once housed the coveted Kohinoor diamond. At present, it is a coin museum and includes a replica of the Kohinoor. And for those who want to taste Punjabi food, there’s a street called Ambarsari Zaika in the fort where travellers can pick up food from wooden carts like in the old days.

Of course, there’s a lot more to see and do in Amritsar. But if you’re planning just a short visit, these 5 things should be at the top of your list of things to do in Amritsar.

Have you visited Amritsar? Comment and tell us how you liked the city of the Golden Temple.

Other Popular Posts to Read About Asia