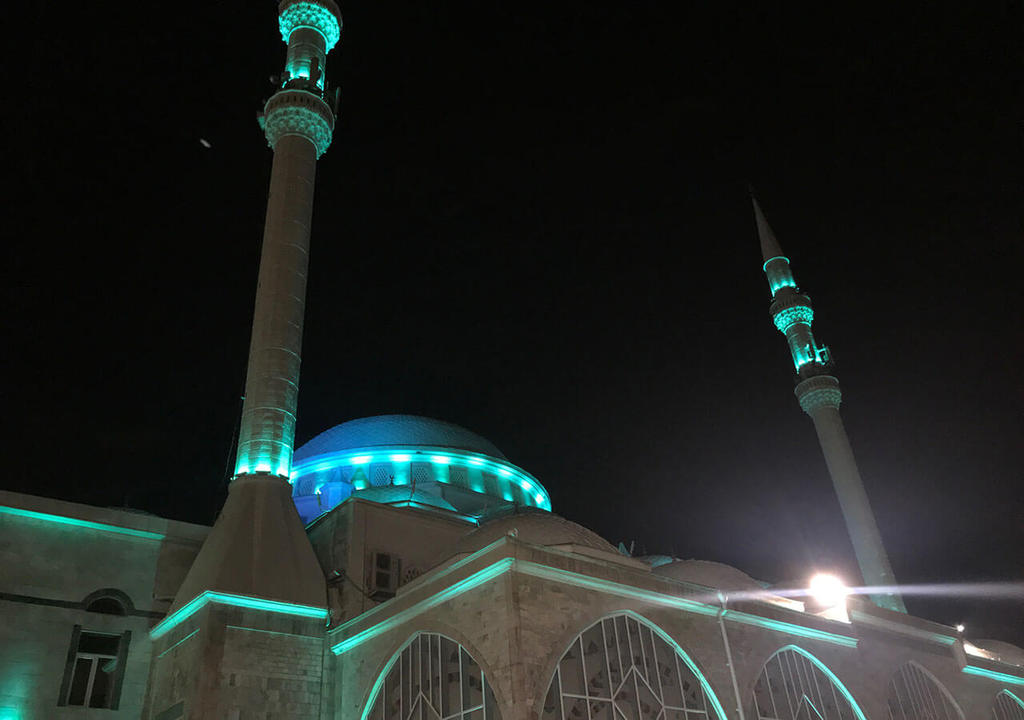 I love travel, but I never would have given Dagestan a thought till I read Steve’s blog about it. Steve, the brains behind The Hard Core Travel (No Travel Worries), has been to over 50 countries but has a passion for Russia and the Republics of the USSR. Here’s his take on Dagestan.

Dagestan, a Federal Republic of The Russian Federation

I’ve always been one to like to get off the beaten path. When I was younger my dad and I used to like to drive around exploring my region, The Pacific Northwest. We would always get to a point where my dad would want to turn around and go no further.

This was especially true if we happened to be out on deserted roads or logging roads. I would beg and plead with him to go just a bit further, I always wanted to see what was around the next corner. Once in a while my whining and brow beating as my mother calls it would pay off and he would reluctantly go further. But usually he would say no and we would turn around. My parents would always say something like, “when you’re older and on your own you can do all the off-road adventures you want, but for now we need to turn around”.

Well, now I am older and I can safely say I have taken those words of my parents and run with them. Last year after coming back from an incredible trip to the Russian Arctic I figured I had reached the pinnacle of adventure.

How could I beat visiting The Arctic Ocean Coast in the dead of winter and a visit to a nuclear icebreaker in the city of Murmansk? Plus, not to mention two trips across Russia on The Tran Siberian Railway, where I stopped off in different cities relying upon my knowledge of Russian and sense of adventure to get me around. I determined after a bit of thought I wanted to visit The Northern Caucasus and Chechnya.

I was worried about going but proceeded forward despite my mother’s strong objection to this trip and Russian friends saying I was out of my mind. I even went to see a psychic about whether I should go. I drew the tarot cards and the astrologist looked over them thinking for a moment and came up with an answer. She said, “there’s going to be a part of you that will regret going on this trip”. I am not one who totally believes in Astrology but it got me thinking….. Should I go? Maybe I should save The Caucasus for another trip and do more Siberia? But after some thought, I figured without a shadow of a doubt I had to visit The Caucasus. Who knew what may happen in the future? Maybe another war, terrorist attacks, etc.? Doubtful, but you never know.

The trip to Dagestan

The trip would be 12 days and take me from Dagestan in the south on The Caspian Sea, through Chechnya, North Ossetia (next to Georgia), Ingushetia, Mt. Elbrus (Russia’s highest mountain) and the city of Pyatigorsk, often considered the capital of The Caucasus. My first stop, Dagestan, was incredible. Since it was a Muslim republic, it had a whole different feel to it. It was Russia, but in name only.

One of the first signs I was no longer in Russia was right before sunset when I heard a loud sound, a chant that eerily bounced around the concrete jungle of the capital of Dagestan, Makhachkala. I instantly knew the sound, a familiar sound from my travels through India, The Gulf States and Turkey, it was the call to prayer. As many of you know Muslims pray five times a day and the call to prayer is a bit of a giant alarm broadcast across the city to remind Muslims that it is time to pray! I love the sound and it always makes me pause for a moment and reflect.

Although Makhachkala was a rather large city, choked by traffic with large buildings and shopping malls, it still had a small-town feel to it. This small-town feel was on full display when we were sitting in traffic and a friend of my guide just happened to pull up next to us. My guide Gadzhimurad, rolled down the window and yelled “salam”, a traditional Arabic greeting which I’d heard everywhere from Dubai to Uzbekistan to Oman. I figured this was likely an isolated situation, a chance meeting at a Makhachkala intersection. But, when he took me to the city’s main mosque, The Grand Mosque of Makhachkala, we bumped into his cousin who was there for Friday evening prayers.

I was no stranger to beautiful mosques since I had visited The Haga Sofia and The Blue Mosque in Istanbul and been to many others on my travels through the Muslim World. But, The Grand Mosque of Makhachkala was exquisite and easily was one of the most beautiful I had ever seen. The president of Dagestan spared no expense in the design and construction of this beautiful place of worship, modeling it after Istanbul’s famous Blue Mosque. I was in absolute awe of its beauty, especially at night as it was lit up in green and blue.

Dagestan continued to make a lasting impression on me. In addition to meeting up with my guide’s friends and family in random places in Makhachkala, the day was spent visiting the national art museum, a natural history museum and visiting The Caspian Sea.

Our day finished at a local restaurant. Gadzhimurad made sure we got the best place in the restaurant, a private room off to the side. He wanted me to try some local cuisine, lamb kebab, but not just lamb kebab but lamb heart. First of all, I hate lamb, but lamb heart…offal… absolutely yuck, gross, no way! My guide knew that no way was I going to eat anything to do with lamb and instead made sure I got a delicious beef kebab, which was divine!

But he was not happy with me just having beef kebab, he wanted to make sure I tried a more traditional Dagestani national dish and asked if I had tried “chuda”. I knew the Russian word “чудо/chudo” which means “miracle” but this had nothing to do with miracles.

It is a thin pita-like bread with traditional melted cheese in the middle. We agreed that on the way back to the hotel we would stop at a restaurant that made the best and fastest chuda in town. And, fast it was! Within about three to five minutes of ordering, my delicious chuda in a pizza box was ready.

Although I was pretty full after the beef kebabs, I had to try this dish. It was right up my alley in terms of taste. I love any type of food that encompasses bread and cheese. I got back to my hotel exhausted from my trip from Petersburg and whirlwind tour around the Dagestani capital and took a bite of chuda. It was love at first taste! I had already fallen in love with a very similar dish, one that originates in Georgia and is very popular in Russia, Khachapuri.

It’s really difficult to say which made a larger impression on me, A. The people, B. The food or C. The scenery. I choose D. All The Above! My first day in The Northern Caucasus was in the books and what an incredible day it was. But my trip was in its very infant stages and would only get more incredible as I went along. It reminded me of the well-known 1970s song, by Bachman Turner Overdrive “you ain’t seen nothing yet”. And, how true that song was, I hadn’t seen anything yet compared to what was to come!!

Privet or hi in Russian, my name is Steve Borgford and I call myself The Hardcore Traveler. I have traveled around the world to 50+ nations. I am passionate about travel and specialize in travel to Russia and the former USSR republics. I follow in the footsteps of my grandfather who flew 747s for United Airlines for over 40 years and traveled extensively even on his vacations from his job as a pilot. Luckily, I speak fluent Russian, which allows to me to really get off the beaten path in Russia and the former republics. Recently I completed a six-week journey through the Northern Caucasus, including Dagestan, Chechnya, Ingushetia and Mt. Elbrus, Russia’s highest mountain. I write about my travel adventures in my blog TheHardCoreTravel aka No Travel Worries You can find my pics on Instagram at @SBorgford

Other Posts About Travel in Europe

1 thought on “Off the Beaten Path in Dagestan”

This website uses cookies to improve your experience while you navigate through the website. Out of these, the cookies that are categorized as necessary are stored on your browser as they are essential for the working of basic functionalities of the website. We also use third-party cookies that help us analyze and understand how you use this website. These cookies will be stored in your browser only with your consent. You also have the option to opt-out of these cookies. But opting out of some of these cookies may affect your browsing experience.
Necessary Always Enabled
Necessary cookies are absolutely essential for the website to function properly. This category only includes cookies that ensures basic functionalities and security features of the website. These cookies do not store any personal information.
Functional
Functional cookies help to perform certain functionalities like sharing the content of the website on social media platforms, collect feedbacks, and other third-party features.
Performance
Performance cookies are used to understand and analyze the key performance indexes of the website which helps in delivering a better user experience for the visitors.
Analytics
Analytical cookies are used to understand how visitors interact with the website. These cookies help provide information on metrics the number of visitors, bounce rate, traffic source, etc.
Advertisement
Advertisement cookies are used to provide visitors with relevant ads and marketing campaigns. These cookies track visitors across websites and collect information to provide customized ads.
Others
Other uncategorized cookies are those that are being analyzed and have not been classified into a category as yet.
SAVE & ACCEPT
31 shares