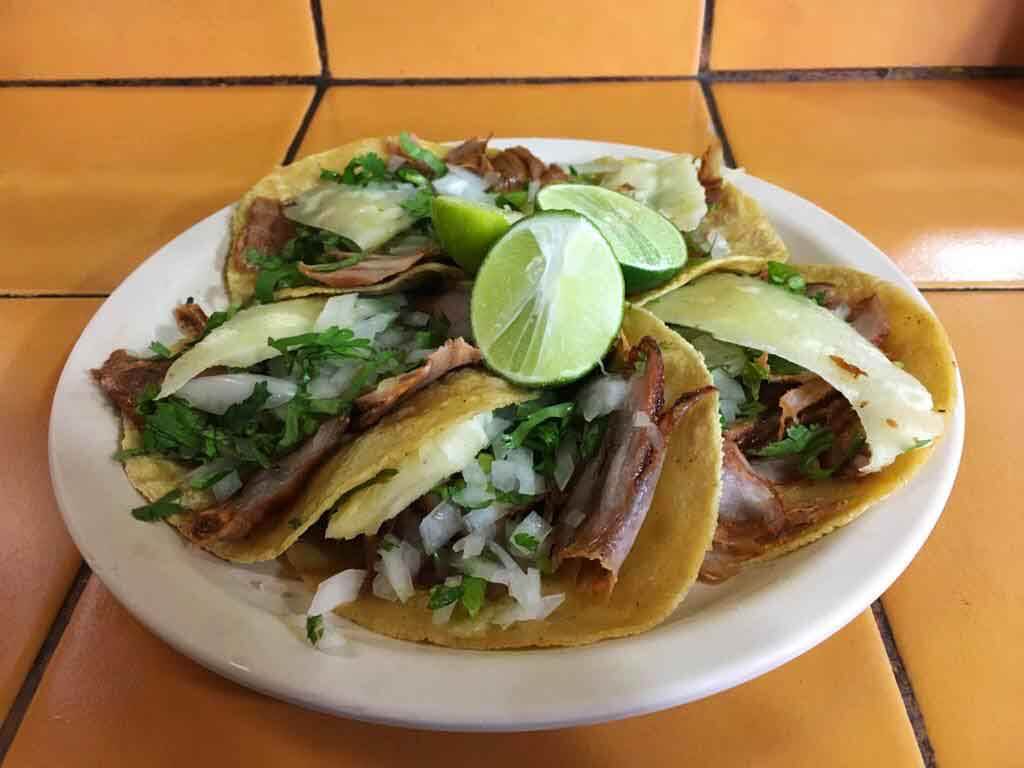 Mexico City is, on top of being the place I called home for almost six years, a melting pot of colors, odors, and cultures, mixing and vibrating under the strong Mexican sun and heavy rains during the rainy season.

If you had the fortune of visiting the Capital of the Mexican United States, you know how busy but at the same calm is this city.

The Mexicans, and those who live there, know that no matter the time or the place, there will always be a taqueria ready to full their belly with a Mexican delicacy.

In the CDMX, as it is named Mexico City amongst the locals due to the acronym of Ciudad De Mexico, there are food places for everybody.

From the fanciness of Polanco to the street food in La Roma and La Condesa, to keep going all the way to the historical center of La Obrera, where I used to live, there are tacos for every pocket.

One of the most famous tacos not only in Mexico City but all over the nation is the tacos al pastor.

Taking its origins from the Lebanese shawarma, thanks to the immigrants that arrived in Mexico during the second decade of 1900, the very first tacos al pastor were made of lamb meat and spices.

They made their first appearance with the original presentation, in the city of Puebla, very close to Mexico City, where they are still known as tacos arabes (Arabian tacos)

The original receipt changed over the years, and the meat was substituted by marinated pork meat, the Arabian bread was changed with the tortillas and the chile and achiote took over the original spices, which is the carne al pastor that we know nowadays.

Another big step was the addition of the pineapple, the onion, the cilantro, and of the salsa verde or roja.

In 2019, los tacos al pastor, have been chosen as the best dish in the world, defeating the Italian pizza and the Brazilian churrasco and reaching the #1 for the renowned Taste Atlas site.

It seems, according to the experts’ opinion, that the very first tacos al pastor were prepared at “El Tizoncito” in the ’60s.

The tacos are prepared by piling the meat in a spinning spit and letting the meat cook itself slowly.

The taquero cuts the meat off the spit, letting the meat fall on the tortilla that he is holding with his other hand, and the classic question is “Con todo?”, means if you want them with only the meat or also with the onion, pineapple, and vegetables.

The lemon, which you will understand is a big presence in the Mexican cuisine, is always available on the table to be squeezed over the tacos.

The Wandering Cloud took me very often to eat and review several places around Mexico, and those tacos have been my first meeting with the Mexican cuisine back in 2014.

I landed that same night, and two of my best friends, Tereza and her husband Ricardo, took me to eat these tacos in a place in La Condesa, near their house.

I still remember my excitement and happiness in eating real tacos that time, unaware of how many other times I would have tried all around mi Mexico lindo y querido, and I must admit that my heart aches now that I am back to live in Europe and I see videos about the Mexican street food.

Once you go tacos, there is no coming back.

About Barbara from The Wandering Cloud

Italian as the espresso and currently based in Belgium, born in 1986 in Milan, I work as a content creator and a blogger at TheWandering Cloud, as well as a professional sports announcer. I post about beauty, fashion, lifestyle, and travels, with an eye on motorsports. Follow me on Instagram and Youtube.

1 thought on “History of The Mexican Tacos Al Pastor”

This website uses cookies to improve your experience while you navigate through the website. Out of these, the cookies that are categorized as necessary are stored on your browser as they are essential for the working of basic functionalities of the website. We also use third-party cookies that help us analyze and understand how you use this website. These cookies will be stored in your browser only with your consent. You also have the option to opt-out of these cookies. But opting out of some of these cookies may affect your browsing experience.
Necessary Always Enabled
Necessary cookies are absolutely essential for the website to function properly. This category only includes cookies that ensures basic functionalities and security features of the website. These cookies do not store any personal information.
Functional
Functional cookies help to perform certain functionalities like sharing the content of the website on social media platforms, collect feedbacks, and other third-party features.
Performance
Performance cookies are used to understand and analyze the key performance indexes of the website which helps in delivering a better user experience for the visitors.
Analytics
Analytical cookies are used to understand how visitors interact with the website. These cookies help provide information on metrics the number of visitors, bounce rate, traffic source, etc.
Advertisement
Advertisement cookies are used to provide visitors with relevant ads and marketing campaigns. These cookies track visitors across websites and collect information to provide customized ads.
Others
Other uncategorized cookies are those that are being analyzed and have not been classified into a category as yet.
SAVE & ACCEPT
98 shares