“We’re all good men. Where you went?”

“To the bakery on the corner to bring pav men. That pav is better than Bertrand’s pav men. So nice and soft-soft. My dokra Aggie likes lot-lot.”

“Ah, I must try also one day. You made Christmas sweets re? We made ros-de-coc, and thalie sweet, and now tomorrow we make the mass pav“.

“Ah, I saw their mass-pav. Even Agnes was telling me about it. Nice and sweet-sweet. And no taste of peanuts. You know men? Some people use peanuts instead of almonds. How bad re? Not good men”.

“Yes, I know re. They think no one notices. What kind they men? Everyone notices. But no one tells to their face men… But you know what, I learnt a new recipe from Rosie men. For soft-soft and sweet-sweet mass-pav without even putting on the fire men”.

“Without putting on the fire. How men? Tell me.”

“Ah, I will go try it. Better than slaving over the stove for hours men. Evening I will phone you to tell you how it went.”

Typical Aunty conversations from jokes and movies, wasn’t that? Though now I’m not sure whether it sounded more Goenkar (Goan) than Eastya (East Indian). Anyway, I tried that recipe too, but I don’t like it. It tastes normal and the mass-pav will last almost for 2 weeks. But it’s not the real mass-pav if it’s got milk in it. I prefer the real mass-pav a lot more, no matter how many hours we spend slaving over a stove. 😉 What about you?

Anyways, since we’re not going to be selling Christmas sweets this year because of dad’s injury, I figured I could at least make a list of the delicious East Indian sweets I’ll miss eating for Christmas. 😉

Now everyone knows that mass-pav or marzipan is made of a paste of almonds (Marzipan No 1) or cashews (Marzipan No 2) cooked with sugar, egg whites and rose water on a slow fire stirring continuously till it forms a waxy mass. And then starts the real work of kneading it, putting it into moulds and forming all these amazing shapes. That’s the best part, especially having to hit out all the pieces from the marzipan forms.

On a side note, when I spent those 2 years in the UK studying for my Masters, I tried to find marzipan forms one Christmas. I went to about 7 or 8 stores before finally giving up on it. The only question they kept asking me was, you mean you actually mould the marzipan? It seemed like a very strange notion to them. They’re just more used to buttercream and fondant.

But anyways, back to marzipan. We mould them and leave them out to dry. And every day a few of them quietly vanish 😉 Who’s stealing the marzipan and quietly eating them? Probably Albert, our friendly ghost.

Pure drops of heaven, that’s what they are. At least some of them anyway. Made of dried milk, sugar and a tad of butter, these bite sized dreams just melt in your mouth, making you always reach for the next one. The competition amongst most aunties is always to make the whitest vanilla cream.

I’ve also heard of some aunties adding cashew nut powder or peanut powder to the mixture.

“What men? How you can do that men? So wrong men?”

Anyways, I’ve learned that the best and whitest vanilla cream is made by stirring over the slowest fire so fast that your hand feels like a drill and blender. 😉 No time to get lax with vanilla cream. If you want heaven, you must work for it. And I don’t know how the coconut cordial landed up next to the milk cream in the picture on the left, but they taste yum too.

And PS, don’t try calling the numbers on the gift boxes. They don’t work anymore. Else, I would have covered them 😉

Whoever thought fudge could be molded? That’s the common thought or comment from strangers to our cuisine. And then you start that whole explanation about how to make Walnut fudge, quiet funny and enjoyable. So any way, walnut fudge follows the vanilla cream recipe, stir till you grow muscles on your arms. Only add grated walnut to the mix. The mouth waters just thinking about them. 😉

Now everyone loves a great cake. But don’t our brandy and rum-soaked raisin and dry fruit cakes taste so much better than anything you could ever buy in a store? Proud to be East Indian, aren’t we? The cake in this pic was used for testing, since it got a bit lopsided in the oven. The joys of things not turning out right, I tell you. 😉 But anyways, the links to recipes are at the bottom of this post.

My sis makes the perfect date rolls, so buttery, they melt in your mouth. And when she’s in the mood, she also makes her one of a kind date balls. Haha! They’re never the same size in my house, and it’s so much fun. You never know if you’re getting more walnut or date or pure buttery goodness.

It’s like having these perfect bite sized superb buttery Shrewsbury biscuits encasing a sweet lush date and crunchy walnut. To die for! Literally. If our East Indian foods didn’t kill us, the rich sugar and fat in them definitely would, don’t you think? If you want to try making the date rolls one of these days, hopefully before Christmas, here’s the date roll recipe.

A visit to the East Indian Museum

You could say that coconut cordial is the easiest East Indian sweet to make. Just take coconut and sugar syrup and stir it together till it’s thick enough to cut. Okay, that’s just a summary. If you want the recipe for the coconut cordial, click here!

What better way to get back to our Portuguese roots than a bite of guava cheese or as the Portuguese called it goiabada! Guava Cheese is a tasty East Indian sweet dish prepared around Christmas time! Both chewy and fudgy, there’s a mouthful of Guava in every bite. You can use white or pink guavas because both turn out amazing no matter what!

Made by the East Indians of Bombay, this sweet traces its roots back to the Portuguese. Kul-kuls are a traditional East Indian sweet made around Christmas time! It is a great option for Christmas and the exchange of sweets with family and friends. They’re perfect for snacking on too!

A delightful cake made of sweet pitted dates and crunchy walnut pieces, the Date and Walnut Cake is often made for Christmas, special events, and birthdays. Easy to make at home, this traditional East Indian version is as Christmassy as dark fruit cake!

Bol De Coc is a traditional East Indian coconut cake that’s quite similar to the Thalie Sweet. This cake has a delicious coconutty taste and a moist crumb. It is made all year round and is the perfect tea time snack!

Simple and easy to make at home these East Indian Nankhatais are a perfect treat for Christmas. Although they’re traditionally added to the Christmas platter, they’re great for a tea-time snack at any other time of the year. The recipe for these delicious melt-in-the-mouth nankhatai is here!

Bolings are a sweet coconut semolina cookie that is made at Christmas time in most East Indian Catholic households! They are simple and easy to make and this yummy coconut treat can also be enjoyed as a tea-time snack any time of the year!

Thalie Sweet is a traditional East Indian coconut cake usually baked around Christmas Time. This yummy cake has a mouthful of coconut in every bite and makes a great tea-time snack as well. Baked with Egg whites only, this cake is whiter and lighter than other coconut cakes.

Anyway, these are just a few of my favorites. There are a lot missing from this list. I wanted to write about cashew rock, tartlets, and so much more. But alas, we aren’t making them this year, and I don’t have any pics of last year. So if you want to send me a pic of the sweet you like and a short description, I’ll add it to this list. Or if you want to send me your recipe of any sweet with pics of how you made it, that’ll be great to share too. Just email me at [email protected]

By the way, if you were wondering what my favourite part of making the sweets was, you probably already know it. It’s eating the sweets while they’re being made, aka tasting n times to check if it’s okay. Shh. Don’t tell mom!

Who Sells Traditional East Indian Christmas Sweets? I’ve been getting emails asking if I take orders. We don’t do that anymore. So we’ve made a list of East Indian sweet makers who take orders in different parts of the globe. Click here to go to the list! 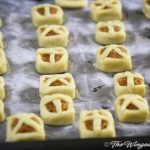 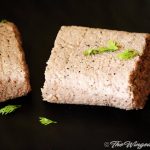 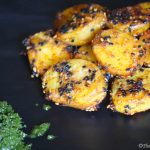