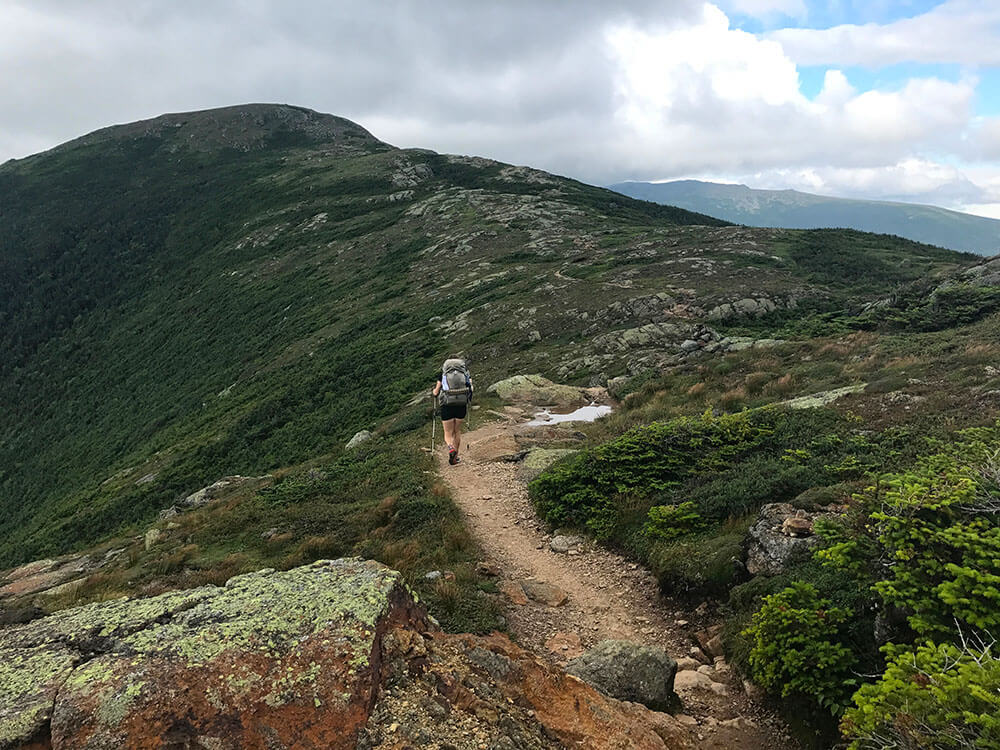 Talking about the Appalachian Trail

I don’t know who mentioned it first—me or my wife—but on one of our many hikes in the mountains of Costa Rica’s Central Valley someone blurted, “we should hike the Appalachian Trail.” A year and a half later we found ourselves on the summit of Springer Mountain in Georgia – the southern terminus of the trail—ready to embark on a six-month trek that would test our endurance, grit, and marriage.

In 2013 while in our early 40’s, we quit our corporate jobs and became, what we call, Intentionally Unemployed. We sold everything except nine suitcases of possessions and moved to Costa Rica. We had achieved what most consider to be the American Dream: nice cars, big house, and enough money so as not to worry about too many things. We had everything except the time to enjoy it. Life is short, and our intention was to live it; to start accumulating adventures and stop amassing stuff.

In total we lived in Central America just shy of four years. I know what you are thinking, why the hell would you leave paradise? I get it, it seems crazy, but we moved to Costa Rica to live, not die. Living abroad had run its course, we had learned and explored much, and it was time to move on to something else. What better way to figure out what comes next than spending half a year in the woods talking about it.

The Appalachian Trail (AT) is, arguably, the most famous long-distance backpacking trail in the United States, and a must-do hike on your USA Travel Bucketlist. The trail was made even more famous by Bill Bryson’s international bestselling book, A Walk in the Woods, and its subsequent movie.

The trail is a continuous foot path that meanders through 14 states and is just under 2,200 miles long. The official distance of the trail changes every year due to reroutes, but the official mileage for the year we hiked (2017) was 2,189.8. Walking the entirety of the trail in any 12 consecutive months makes one a “thru-hiker.” That was our goal.

Starting out on the trail

Our first day on the AT was our shortest day of the whole trip. We walked just .2 miles from the summit of Springer Mountain to our first campsite. Of course, this teensy bit of walking doesn’t tell the whole story. We had hiked further that day, 8.8 additional miles straight up the mountain to be exact. But those sweat drops, burning muscles, and miles didn’t count, as we chose to reach the summit via the optional approach trail, which is not part of the Appalachian Trail.

We started our hike in late March and experienced one of the advantages of hiking the trail south to north (NOBO in thru-hiker parlance); we got to walk with Spring. As we made our way out of Georgia, then through and out of North Carolina, Tennessee, and Virginia, the mountains came alive with new plant life, birdsong, and young animals scampering about.

Unbearable heat on the trail

All this wonderment came to an abrupt halt when we hit the sweltering summer states of New Jersey and New York. The unbearable heat in these two states caused many of our friends to “flip” to Maine. That is, instead of plodding through prodigious puddles of sweat, they shuttled up to the northern terminus, Mount Katahdin, Maine (where it was cooler) and began walking south to where they left off.

Not us! Concluding our journey on Mount Katahdin was important to my wife and I, so we coped with the intense heat by hiking earlier in the day, breaking midday, and using chill rags to cool our bodies down. After about two weeks of heat and once we were out of New York and into Connecticut then Massachusetts, the heat subsided but there would still be challenges ahead.

By this time in our journey we were hiking machines. We had started this epic journey having only once spent more than two consecutive nights in a tent. We started the trip overweight and slow, only hiking eight miles each day of our first week. But now, more than halfway through, we were svelte and strong, hiking up to 20 miles a day. We were unstoppable, and we were about to be humbled.

The White Mountains of New Hampshire are famous for their ruggedness and for breaking the strongest of hikers. One of these mountains, Mount Washington has the most severe weather in the United States and the meteorology lab at the summit has recorded the second highest, directly measured, surface wind speed on record – 231 mph, and Mount Washington stood between us and Katahdin.

It wasn’t just Washington, there were other tough “presidents” to go up and over on our way to Maine; Pierce, Madison, Garfield, and Lincoln among them. Throw in other formidable mountains, like the two  Kinsmens and Moosilauke, and getting through New Hampshire, the penultimate state for the NOBO hiker, was the most difficult for us. For five months we had trained our bodies to tackle mountains and still this state was so tough we saw our daily mileage cut in half, only hiking 10 – 14 miles each day.

After leaving New Hampshire, the challenge wasn’t over. Southern Maine is home to Mahoosuc Notch. Styled as either the hardest or most fun mile on the trail, this boulder scramble is a maze up, over, around, and even sometimes under VW Bus sized rocks. We found it both challenging and fun and just a smidgen long. Next up in Maine is the beautiful and remote (just look at its name) 100 Mile Wilderness. A wonderful walk through forests and by multiple swimming holes, the hardest thing about the wilderness is not being able to resupply for the 6-10 days it takes to get through.

And then of course there is the Maine …. I mean, main event. Mount Katahdin – what we had walked 178 days for. The five miles up (and down) Katahdin was no slouch. If we had not been riding high on adrenalin fueled by completing such an arduous journey, we would have called the climb very strenuous. As it was, it felt like we had winged feet and, except for the bolder scramble mid-way up, the five mile climb to the summit was a breeze.

Our Appalachian Trail thru-hike took us 179 days to achieve. We started out as neophyte backpackers and ended as experts. My wife and I experienced incredible weight loss – I dropped 54 and she lost 38 – and we gained a fitness level never previously achieved in our adult lives. The Appalachian Trail was the most challenging task we had ever undertaken, both mental and physical. Only 25% of hikers who set out to thru-hike the AT make it. We did.

What next after the Appalachian trail?

You may be wondering, well what’s next? We had some great discussions while hiking about what lies ahead for us. The first thing we discussed has already come to fruition. We wrote a book, Thru-Hiking the Appalachian Trail – 100 Tips, Tricks, Traps, and Facts, about all the things we learned on our trip. Secondly, we decided we liked long distance walking, but maybe not THAT long, so in September we head to Spain to hike the famous Camino de Santiago (Frances). After that, you will most likely find us in North Carolina somewhere near the Appalachian Trail providing support to hikers attempting their own epic journey.

Greg Seymour is a quitter. In 2013, he and his wife Jen left the earn-more, spend-more grind of corporate America to live a more simple yet fulfilling life chockfull with adventures. He is the author of two popular books on Costa Rica and recently co-wrote a book with Jen about thru-hiking the Appalachian Trail.

In addition to hiking and writing Greg enjoys dreaming up the next adventure and scaring his wife in the process.  You can find him on his blog ChicaandSunsets or on Facebook here.

Other Travel Posts To Read

This website uses cookies to improve your experience while you navigate through the website. Out of these, the cookies that are categorized as necessary are stored on your browser as they are essential for the working of basic functionalities of the website. We also use third-party cookies that help us analyze and understand how you use this website. These cookies will be stored in your browser only with your consent. You also have the option to opt-out of these cookies. But opting out of some of these cookies may affect your browsing experience.
Necessary Always Enabled
Necessary cookies are absolutely essential for the website to function properly. This category only includes cookies that ensures basic functionalities and security features of the website. These cookies do not store any personal information.
Functional
Functional cookies help to perform certain functionalities like sharing the content of the website on social media platforms, collect feedbacks, and other third-party features.
Performance
Performance cookies are used to understand and analyze the key performance indexes of the website which helps in delivering a better user experience for the visitors.
Analytics
Analytical cookies are used to understand how visitors interact with the website. These cookies help provide information on metrics the number of visitors, bounce rate, traffic source, etc.
Advertisement
Advertisement cookies are used to provide visitors with relevant ads and marketing campaigns. These cookies track visitors across websites and collect information to provide customized ads.
Others
Other uncategorized cookies are those that are being analyzed and have not been classified into a category as yet.
SAVE & ACCEPT
129 Shares
Share100
Pin29
Tweet
WhatsApp
Telegram
Email